Is it June already? Yep. For another day, anyway. If anyone is coming in late and wants to know what a Shamedown is, please click here.

The Korean War is often called “the forgotten war,” and to a large extent it is, although it is significant for everyone in that it was one of the first times that the Doomsday Clock ticked a little closer to midnight. Hollywood was no different than the rest of the world; World War Two got all the glory onscreen, and it still does, for the most part, with an occasional nod to World War One. However, the 1951 Samuel Goldwyn film, I Want You is a quietly and sadly underrated exception to the rule. 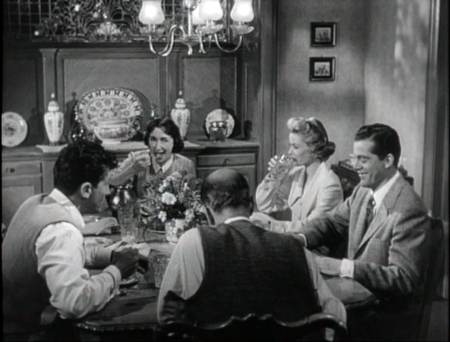 The story takes place in a town called Greenhaven, Connecticut, where everything is absolutely normal. Martin Greer (Dana Andrews) opens the movie for us, showing scenes of typical American life. Shopping, walking down quiet streets at night, going to movies, and eating dinner, which is where we find the Greer family. Martin and his wife, Nancy (Dorothy McGuire) have two children. Martin’s dad, Thomas (Robert Keith), is a World War One veteran who has trophies and bayonets and helmets all over the den. Martin’s mother, Sarah (Mildred Dunnock) is the patient matriarch of the family. Martin’s younger brother, Jack (Farley Granger) is pining for a visit from his girlfriend, Carrie (Peggy Dow), who’s coming home from university.

Jack has the perfect week planned once Carrie gets home, and just for a little insurance he begs Nancy to lend him fifteen dollars. She does, although she hands over the money with a healthy amount of ribbing, and Jack zooms off to the train station, where he eagerly lays a kiss on Carrie. Carrie is shocked, but then again, her parents, Judge Turner (Ray Collins) and Mrs. Turner (Marjorie Crossland) are standing right there, and Carrie’s dad doesn’t like Jack all that much. He especially dislikes Jack’s jalopy, which can be heard all over town.

Martin has his own issues to deal with. George Kress, Sr. (Walter Baldwin) wants Martin to write a letter to the draft board requesting a deferrment for George’s son, George Kress, Jr. (Martin Milner) because he doesn’t want his only son to go into the Army. It puts Martin in a tough spot, because as a World War Two veteran, he’s obviously not opposed to military service.

Jack also wants Martin to write him a deferrment, but Martin’s not biting. Martin may have to go himself anyway, since one of his old war buddies is in the Army Reserve and might need Martin to help out.

Naturally, the rest of the family, not to mention Claire, aren’t insulated from all the drama. While the men are contemplating going off to war, skeletons will be dragged out of the closet and hard lessons must be learned, but like humans often do when they have time to process and accept reality, they work through it and are the better for it. 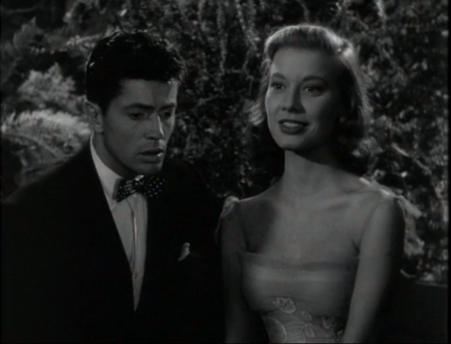 I Want You is a nice surprise in a low-key way. I thought it was going to be boring or otherwise not so good, but it’s unostentatious. It’s got a great cast; there are a lot of recognizable faces, at least on sight, since the bulk of them were character actors or supporting players.

What I like about the film is that it’s a bit more realistic about men going off to war. Films from the World War Two period seemed to show men who were eager to enlist or at least stoic about it. The men of I Want You know more and they aren’t necessarily gung-ho about the idea of going into the service and heading off to fight. Their desire to serve has to mature.

On the other hand, it does drag in spots because there doesn’t seem to be enough story to justify its brief running time. And Claire can be irritating, at least until she straightens out her priorites. She has this idea that she’s going to be her own woman before she even thinks about settling down. While she has a point, seeing as she’s only twenty, she can be a little acerbic.

I Want You’s tentativeness might have been because its producer, Samuel Goldwyn probably felt a little gunshy. Similarly to David O. Selznik trying to recreate his Gone With the Wind success, Goldwyn really wanted to recapture the tremendous response he received from his 1946 classic, The Best Years of Our Lives. Also like Selznik, Goldwyn tried too hard. According to TCM, the public was “meh” about the film, and the typically hard to please Bosley Crowther said, “A straight recruiting poster would be more convincing and pack more dramatic appeal.” Ouch. 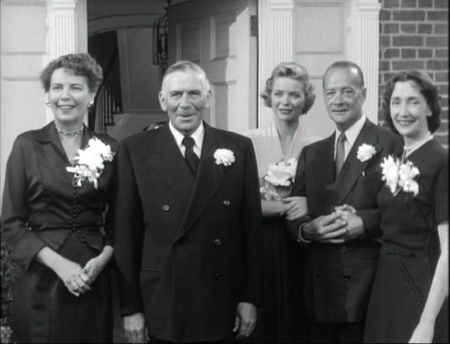 Again, I Want You isn’t bad, but it isn’t great, either. It’s one of those films that’s easy to enjoy in the moment and hard to summon energy for afterwards. I’m almost tempted to watch it again to see if it gets my attention or retreats into white noise territory.

Here’s what’s coming up in July (tomorrow). Click on the images for more information: 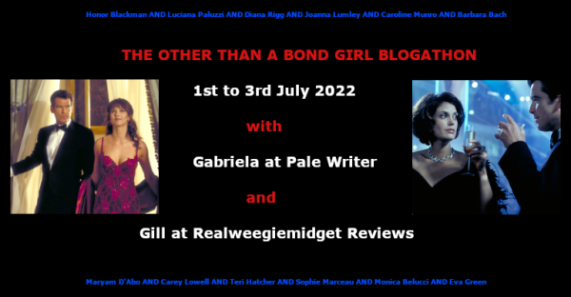 And last but not least is my July tag for the Pick My Movie tag. The winner is…

Ari from The Classic Movie Muse!

Congrats, Ari! Find the details and rules here, and if anyone else wants to latch onto this tag as well, that would be cool. Again, the assignment, if Ari chooses to accept it, is to choose something from her watchlist, and the longer it’s been on there, the better.

All right, my post for Gill and Gabriela’s Other Than A Bond Girl Blogathon is coming up tomorrow. Thanks for reading, all, and I hope to see you then…

I Want You is free to stream on Amazon for Prime customers.