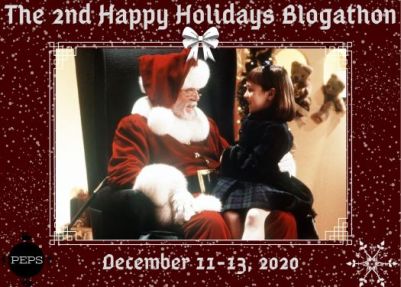 We all know 1960’s Swiss Family Robinson. The Robinson family sets out from Berne to New Guinea, they get chased into a storm by pirates and they get shipwrecked. They do more than make lemonade out of the lemons they’ve been handed, of course. MacGyver would be proud of the Robinson clan’s innovations on their island paradise. When and if those pirates come back, they won’t know what hit them.

In the midst of all of this busyness, the family celebrates Christmas. Their situation might be unusual, but what of it? It’s kinda like what we deal with in the real world.

Yeah. 2020. Sigh. Depending on where you live, how you celebrate the holidays this year may be a little dicey. We’re not gonna go there, though.

Holidays during COVID are one thing. Holidays on a deserted island are quite another, and we have the Robinsons to show us how they celebrated their first post-shipwreck Christmas. Like the gracious people they are, the family has a few tips for us, so without further ado…

Build a mansion of a treehouse.

You gotta keep the rain off, so why not do it in style? Be sure to work in as many comforts of home as possible, because you may be on your island for a while. Or forever, if it grows on you enough.

Catch all the animals you can find.

Domestic, wild, whatever. As long as they’re not poisonous, the sky’s the limit. Just make sure you dig a nice big pit for that tiger you’ve got your eye on, because they’re a little high-maintenance.

Raise the quarantine flag to keep away gate-crashers.

Can’t be too careful, especially if murderous pirates are why you were shipwrecked in the first place.

Nice people, however, are always welcome.

Especially if you’re single and they’re available. Be warned, though: There may be competition from your equally single siblings.

Don’t forget the tree and the Nativity scene.

Necessity is the mother of invention, and even though tropical islands don’t usually have evergreens there can still be a Christmas tree. And one of those starfish that keeps washing up on the beach can find new life as a tree topper.

Creativity gets a workout on deserted islands. It’s amazing what one can accomplish when it’s not possible to duck out to the mall or order something off of Etsy.

Make sure there’s music, of course. Someone might want to dance.

Good thing the organ from the captain’s cabin still works.

If possible, dip into the captain’s liquor stores.

He won’t mind. Waste not, want not.

Want to keep the party going? Declare your own national holiday.

It’s your island, after all. Go nuts.

Yes, the Robinsons had quite a first Christmas in their island abode. It’s amazing the cast looked as happy as they did, because Robinson was a tough shoot. Bugs, reptiles, and wacky weather plagued the cast and crew, who, among other feats, had to swing from vines and wrestle snakes. John Mills put it this way:

“If a scorpion doesn’t bite me during the night I get into the car, and if it doesn’t skid off the edge of a cliff, I reach the mangrove swamp. I walk through; and if I’m not sucked in by a quick-sand, eaten alive by land crabs, or bitten by a snake, I reach the beach. I change on the beach, trying to avoid being devoured by insects, and walk into the sea. If there are no sharks or barracudas about, we get the shot and then do the whole thing in reverse, providing, of course, we haven’t died of sunstroke in the meantime.”

Yikes. Ah, the glamorous life of a Hollywood actor.

As if that weren’t enough, the crew kept fighting to the point that director Ken Annakin had to confiscate all their passports and every line of dialogue had to be re-recorded once the cast was back in London.

Swiss Family Robinson cost Disney $4.5M to make and brought in $8.1M at the box office, so all the hard work paid off. The film is one of the rare ones that win over both audiences and critics, although some have questioned the addition of the pirates. Love them or hate them, though, Swiss Family Robinson is a firm classic and an ode to the art of creativity.

For more happy holidays, please see Rebekah and Tiffany at Pure Entertainment Preservation Society. Thanks for bringing this one back, ladies–it was most welcome! Thanks for reading, and hope to see you on Tuesday for another Reading Rarity (Hint: You might want to have a snack handy.)…

Swiss Family Robinson is available on DVD from Amazon.

5 thoughts on “Nine Tips For A Successful Island Christmas”