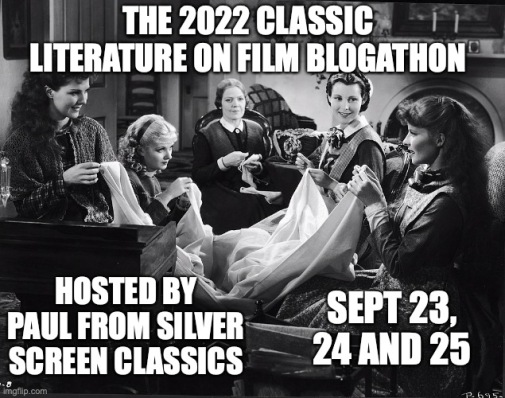 Time to crack open those books…

H.G. Wells’s The War of the Worlds seems to be the Michael J. Fox of sci-fi in that plenty of other sci-fi stories want to be it really, really badly, and some are more overt about it than others. John Christopher’s wonderful Tripod series is definitely an homage to Wells’s Martians, as is the film, Independence Day and other works which feature seemingly unbeatable aliens coming to destroy Earth but who (spoiler alert) get taken out by something that seems obvious only after the fact.

The story has been adapted for various mediums many times over the years (see a complete list here), and today we’ll be looking at three of the most well-known.

Herbert George Wells was born in Bromley, Kent, England on September 21, 1866 to domestic servants-turned shopkeepers. His education wasn’t great and neither was his health, but like many writers Wells was a voracious reader, gravitating to such authors as Charles Dickens and Washington Irving. Wells lived inside his head a lot and worried that doom awaited mankind, whether from within the world of from other places far beyond what we could see.

This, of course, was part of what inspired The War of the Worlds. Wells was a biologist by profession to begin with, and from a scientific standpoint things were hopping during the nineteenth century. People were already speculating about life on Mars and the natural next step of that speculation was, “What if those other-worlders decide to pay little old Earth a visit?” Wells and his brother had a conversation to this effect, which also went into the formation of the novel. It wasn’t an especially original idea, either, as invasion fiction was hugely popular in the second half of the nineteenth century.

Wells’s book started life as a serial in 1897 for Pearson’s Magazine and Cosmopolitan, but would go on to be serialized in other newspapers as well. In novel form, it was so successful that, according to Britannica, it was translated into ten languages within five years and has never been out of print since its initial 1898 publication.

Reading the novel is a remarkable experience. Wells doesn’t give his narrator a name or a physical description, as if he wanted to keep those details out of the way of the action. We know the guy has a wife and that’s it. It also helps make the story more personal because we can fill in the blanks ourselves.

Speaking of which, so much of the story uses real place names and landmarks, which gives it vicarity. Maybe Wells was hoping Londoners and those from the surrounding suburbs would nervously search the skies the next time they went punting down the Thames or something.

It was an obvious no-brainer that Worlds would be dramatized somehow. Wells first sold the rights to the novel in 1896 so it could be serialized in several publications at once.

The first times Wells’ work was adapted came almost as soon as the book became a success. One of the earliest ones was Edison’s Conquest of Mars, which is what it sounds like: Thomas Edison kicks some Martian tail right in their own backyard. Another was a Battle of the Sexes parody, the 1898 novel The War of the Wenuses, about Venusian women coming to London to shop and seducing men with their considerable charms. Yes, the title sounds dirty. No, I am totally not making it up.

However, the vast majority of adaptations can’t top Orson Welles’s 1938 broadcast, which moved the action from Victorian London and the English suburbs to Grovers Mills, New Jersey in 1938. I don’t know what it is with these adaptations that they’re always set in their present-days, but they all do it and no one bats an eye. Well, no one except for the Martians but they can’t help it.

Anyway, Welles stuck pretty close to the source material otherwise, except that his protagonist doesn’t have a wife, and the show is, of course, set up like a news program. We’ll never know how many people were honestly fooled that night, but historians generally agree that Welles never intended for his show to blow up the way it did.

As far as feature films go, though, there have been only two theatrical releases: the 1953 film starring Gene Barry and Ann Robinson, as well as the 2005 Steven Spielberg version starring Tom Cruise, Dakota Fanning, Miranda Otto, and Justin Chatwin.

The 1953 film is my favorite of the two. It’s directed by Sam Pal, who was no stranger to the sci-fi genre. The film sticks fairly closely to the novel, although again the protagonist doesn’t have a wife, and it’s set in Los Angeles of the nineteen-fifties. Funnily enough, the schlock factor is kept to a minimum, although the colored lights on the probes sometimes look like Simon Says game boards. 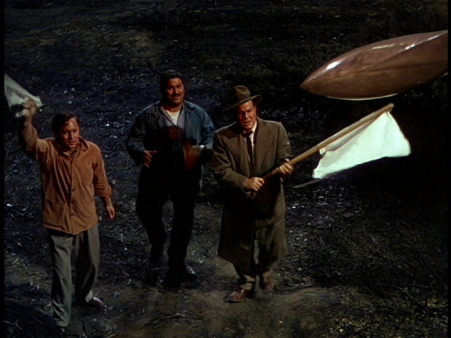 The film drives home how these creatures showed no mercy, not even to a priest walking toward their ship holding a Bible and reciting Psalm 23. As is typical of many sci-fi films of the nineteen-fifties, Cold War culture is very much in evidence, with Dr. Clayton Forrester using a Roentgen counter to show how radioactive the aliens were and therefore all the more dangerous. It also keeps Clayton in the center of the madness. A good chunk of the film has Clayton taking shelter in a church with townspeople, who seem to be few in number but who magically multiply by the time the end credits roll.

As for the 2005 iteration, well…heh. Tom Cruise is good as working man Ray, the special effects are good, and the suspense factor is, um, there. Problem is, the characters are pretty bratty and it doesn’t make us care about them. Justin Chatwin’s character, Robby, is particularly annoying because he runs off to join the Army for no apparent reason, and then after being gone for a good third of the film he meets back up with his dad and sister, Rachel (Dakota Fanning) who hug him and don’t ask any questions about where he’s been or what he’s seen. It feels flat and not at all like a Spielberg movie. 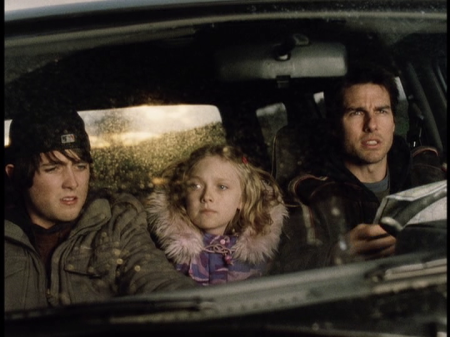 I also didn’t care for the fact that Ray and Rachel have to spend an inordinate amount of time underground with Harland Ogilvy (Tim Robbins) who turns out to be a loose canon and not in a good way. It gets to be a toss-up as to whether Ogilvy or the Martins are the bigger threat.

Still, the movie has its fun points and it’s a relief when the characters get respites of any kind.

Like when a Boeing 707 crashes into Ray’s ex-wife’s house, everything is completely smashed and in disarray, yet Ray’s getaway van stays absolutely perfect. It’s not even dusty. Pretty amazing for a Dodge Caravan from the nineteen-eighties.

The War of the Worlds is definitely an aspirational story, and it’ll be interesting to see how it’s adapted and updated in the future. Seeing as there are always those among us who watch the skies, Wells’ book will never be truly closed. 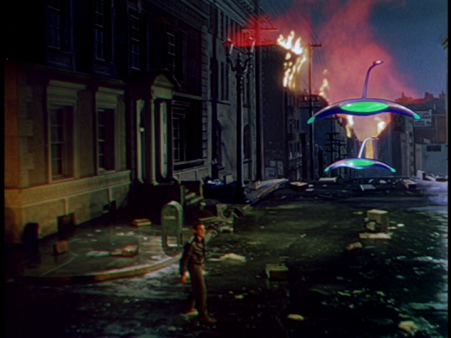 For more great drama on film, please see Paul at Silver Screen Classics. Thanks for hosting this, Paul–so glad you brought it back! Thanks for reading, all, and I hope to see you tomorrow (well, today, by the time most of you read this) for the Fifth Broadway Bound Blogathon…

2 thoughts on “They’re Watching Us”