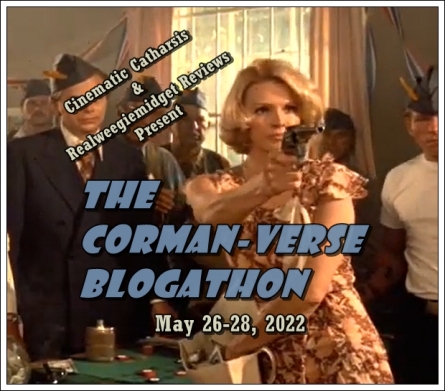 Roger Corman liked the out-of-the-ordinary to say the least, and 1959’s The Wasp Woman is no exception. It’s a quick movie and very straightforward, so we’re going to dive right in.

The movie starts with a guy collecting wasps from a hive in the woods, because of course it does. His name is Eric Zinthrop (Michael Mark), and he works for a beekeeping company. However, he’s got his own ideas and his co-workers think he’s a wee bit strange. As in, completely bonkers. For one thing, Zinthrop collects wasps, not bees, and he has this idea of extracting their royal jelly and turning it into a special age-reversing injection. Zinthrop’s been testing it on dogs with some success.

Naturally, Zinthrop’s boss isn’t too jazzed about Zinthrop’s research happening on company time and fires him, but Zinthrop isn’t down and out for long. Janice Starlin (Susan Cabot) owns a cosmetics firm, Janice Starlin Enterprises. Well, she doesn’t just own it. She’s the face of the brand and her age is starting to show. The company sales figures are dropping and the board of directors are hinting at getting a newer, younger face to represent the products. Janice is understandably threatened at the idea of becoming obsolete, but as timing would have it, she’s also fascinated with Zinthrop’s research and installs him in the lab at her cosmetics firm. She wants to try his new elixir herself when she sees the test rats and cats rapidly going back to babyhood. And then she wants more when she sees it working. Zinthrop warns her that she needs to be patient, but Janice won’t be put off and sneaks dosages when the good mad scientist isn’t looking.

However, there’s a catch, because there always is when one tries to play God. Some of the lab animals develop insectlike body parts. Zinthrop gets attacked by a cat who’s sprouted small, furry wings. Certain employees, including the night watchman, mysteriously turn up dead, always punctuated by haunting, creepy buzzing. 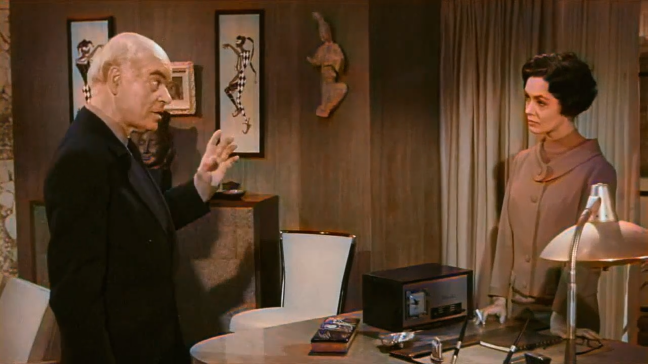 On top of it all, Zinthrop gets hit by a car, and once he’s out of the hospital Janice sets him up in a room in her cosmetics building with a live-in nurse. Why the poor man can’t go home to recoup is anyone’s guess…oh, wait. Janice wants him around so he can give her more elixir as soon as he can move. Zinthrop tries to warn her about side effects, but one thing or another always prevents him.

Janice’s secretary, Mary (Barboura Morris) is suspicious and she and her boyfriend, Bill (Anthony Eisley) set about looking for why Janice is acting so strangely. They might even recruit Zinthrop, who may make a remarkably speedy recovery because, well, movie magic. As for the solution to their problem, I’ll put it this way: Chemistry got Janice into the mess she’s in, and it’ll get her out, too. 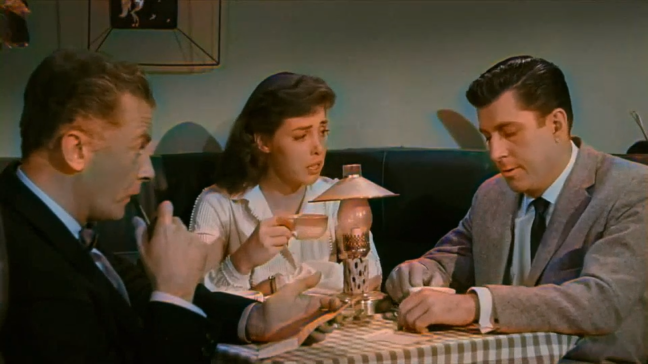 Yep. The Wasp Woman is one strange movie. I feel like I watched Halle Berry’s Catwoman without watching Halle Berry’s Catwoman. Only there are a lot fewer backflips and no frenetically-shot basketball games with the local hunky police detective. The movie also feels like this one Arch Oboler radio play, “Nobody Died,” about a scientist who can not only bring people back from the brink of death, but turn them young again. Or at least it feels that way.

Turns out, hack is what Corman was going for. According to TCM, The Wasp Woman was a pretty vigorous nod to Vincent Price’s The Fly, only with a way lower budget. There are a lot of odd angles and cuts, with Janice in a wasp mask and her own clothes. Corman tried to get by with as few takes as possible and little tricks such as chocolate sauce standing in for blood. The acting is decent and the actors clearly had to be ready for anything, especially Susan Cabot as Janice, who had to convincingly make her five-foot-two self look appropriately menacing while attacking men who were around a foot taller than she was. Speed and focus seemed to be the keys to making this happen. 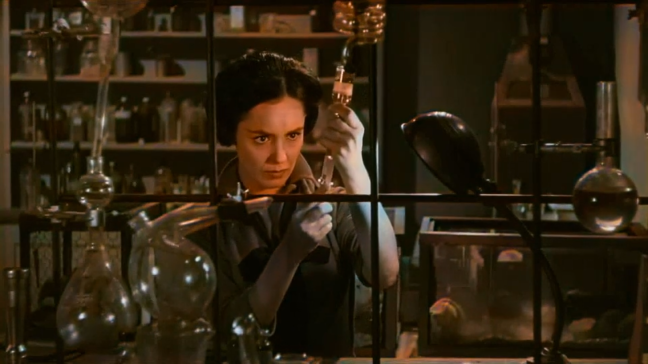 I knew this movie was going to be weird, but my son and I laughed a lot harder than I expected (He especially enjoyed the scene with the vicious winged cat). Part of it was because the film does look pretty schlocky, but the other part was because the transfer on Amazon Prime looks absolutely atrocious. It’s probably the worst colorization job I’ve ever seen. In a lot of scenes people’s hands and necks were gray, as if the color had bled or the technician missed some spots or something. A decent transfer might make the film more palatable but probably no less schlocky.

The Wasp Woman didn’t make much of a splash at the box office, but at the very least it paved the way for Corman to make the first of his collaborations with Vincent Price and Edgar Allan Poe: The Fall of the House of Usher. Seen today, The Wasp Woman is a fun film and not one to be taken too seriously, but that’s all good. 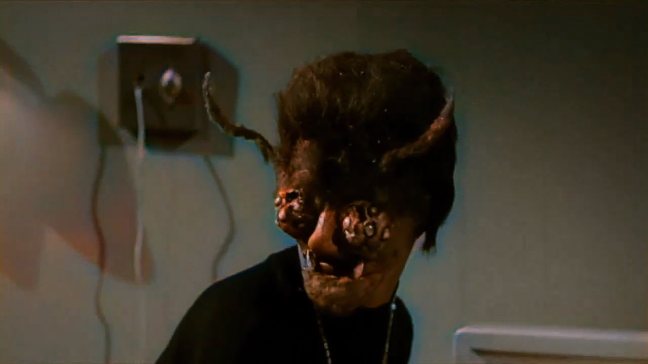 For more Roger Corman, please see Gill at Realweegiemidget Reviews and Barry at Cinematic Catharsis. Thanks for hosting this, Gill and Barry–it was great! As always, thanks for reading, all, and see you on Tuesday with a new Shamedown (It’s about time, right?)…

The Wasp Woman is available on DVD and Blu-ray, as well as free to stream for Prime customers.

11 thoughts on “Beauty On A Budget”