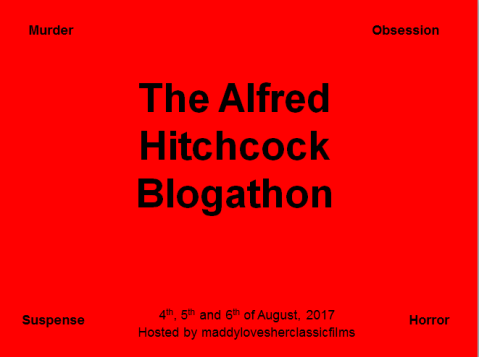 (Well, it may not be evening when you read this, but you know how Hitchcock always said it on his TV show)

Anyone who’s familiar with the apartment life dynamic knows what happens when lots of people are literally living on top of each other: stories will accumulate. Lots of stories. Many of them can be jaw-droppers. I can attest to this–I’ve lived in apartments my entire marriage, and experienced some weird, funny, and annoying stuff over the past fourteen years. Like finding sharptail snakes in the bathroom. Or hearing bikers zoom in at four AM. Or almost getting robbed by a drunken teenager. Those are only a few of the memories I’ve got stored. Mmmkay, moving on…

1954’s Rear Window tells an apartment story to top all apartment stories. Jimmy Stewart’s L.B. “Jeff” Jeffries is cooped up in his dwelling nursing a broken leg he got while on assignment as a photojournalist, and he’s bored stiff, no pun intended. Of course, since it’s summer, everyone has their windows open at night, so Jeff amuses himself by watching his neighbors. He doesn’t know their names or can hear what they say clearly, but he knows all of them via their habits. There’s Miss Lonelyhearts, who sets a romantic table for two and pretends to usher in a gentleman caller before collapsing in tears. There’s also Miss Torso, who’s a wannabe dancer and man eater. Then there are the people who sleep on their fire escape during the summer and who lower their dog down into the garden in a basket. There’s the composer who is forever playing music and has somehow fit a baby grand in a tiny studio apartment. There are the newlyweds who keep their shades drawn all the time. And of course, there’s the mysterious angry husband and his invalid wife. Jeff observes their stories unfolding in front of him, and thinks it’s the best show in town.

Interrupting his voyeuristic binge-watching is Jeff’s boss at the magazine he works for, who keeps pestering him about how many assignments he’s missed. He also gets regular visits from Stella (Thelma Ritter), his at-home care nurse, and his girlfriend, Lisa (Grace Kelly). Maybe it’s the cabin fever talking, but Jeff is dissatisfied with his life and with Lisa, who couldn’t be nicer or more in love with him. She even brings up dinner for two from the 21 Club one night–lobster Thermidor, fried potatoes, and champagne, no less. Jeff thinks the relationship is a dead-end because, according to him, Lisa is more at home on Park Avenue than she would be roving around to exotic and remote locales with him. Lisa is hurt, but she loves Jeff so much that she asks him why they can’t just keep the status quo.

All of that is brushed aside when Jeff hears a scream right before he falls asleep in his wheelchair, and he wakes up to see Angry Husband Guy (whose name is Lars Thorwald, played by Raymond Burr) leaving mysteriously at two AM carrying a suitcase. Stella and Lisa tell Jeff in so many words that he’s full of it, and Mrs. Thorwald is probably sleeping or taken to the country or something. Even Jeff’s detective friend, Lieutenant Doyle (Wendell Corey), dismisses these funny happenings as a big old nothingburger. It’s not until one night when Lisa and Jeff are getting romantic that they happen to look over at the Thorwald bedroom to see the mattress rolled up, with no Mrs. Thorwald in sight. What’s more, they see Mr. Thorwald going through his wife’s purse. From that point on, Lisa’s hooked on this mystery just as much as Jeff is. When Lieutenant Doyle tells Lisa and Jeff that Mrs. Thorwald has gone to the country, Lisa’s feminine intuition kicks in: “No woman would go to the country and leave her handbag behind.”

Jeff, Lisa, and Stella start discreetly poking around and looking for clues. Well, the ladies do–Jeff has to watch from his window and his long-focus lens and binoculars are a huge help. When the little dog gets killed after digging around in Thorwald’s flowerbed, Stella and Lisa get a shovel from somewhere and start excavating. Do they find something? Or is it just another blank wall? Hmmmm.

I’m not going to give much more plot summary here, because there’s no way to do that without completely ruining Rear Window. It is a movie to be seen and discovered, then seen again. This was Hitchcock at the top of his game–everything went off like a perfect run for the end zone. We’re talking Jerry Rice and Joe Montana kind of perfect. The sets are amazing–Hitchcock had a multi-level apartment built on Stage 18 at Paramount, with everything suitably aged so it looked lived-in. The screenplay was written by John Michael Hayes and based on a short story by Cornell Woolrich, and is this delightful bait-and-switch. I like that just as life seems to get normal again, or at least move on, something else pops up that furthers the mystery. Each time it’s shocking and intriguing, so when the denouement finally happens, it’s a massive satisfaction.

Speaking of satisfaction, the acting in the film is incredible. Jimmy Stewart is one of my all-time favorites as I’ve said before, and in Rear Window he doesn’t disappoint. The guy could have acted standing on his head and still deliver a great performance. Grace Kelly is beautiful, gracious, and classy. She seems wrong for Jeff and a perfect fit for him at the same time. Kelly may have played her part a little too well, actually. According to IMDb, Kelly made everyone on the set, including Stewart’s wife, nervous because she found Stewart so attractive. Then there’s Thelma Ritter. This lady is always a welcome sight in films–her dry humor never gets old. I like how she’s tough and no-nonsense with a good heart. The rest of the cast did a remarkable job as well, as they had to project their entire stories into very small spaces.

I know I sound really gushy, but Rear Window is a special movie for my family–my now-husband and I went to see it at the Auburn Library when we were just dating. We brought in some marble sodas from Tsuda’s Grocery, which we tried to pop open discreetly, and the ladies sitting next to us wanted to know where we got them. Years later, my husband got me Rear Window on DVD for Christmas. Since then, we’ve seen it a number of times, and when my son had his first tendon transfer surgery, he specifically asked to watch Rear Window. The fact that Jimmy Stewart was in a full-leg cast just like him was not lost on this boy. I think what keeps us coming back is that this film doesn’t lose its punch after repeated viewings, which not a lot of mystery or thriller movies can match. No matter how many times I see Rear Window, I find myself holding my breath.

Can’t get enough Hitchcock? There’s plenty more at Maddy Loves Her Classic Films, and many thanks, Maddy, for hosting! Coming up next is our third blogathon of the month: 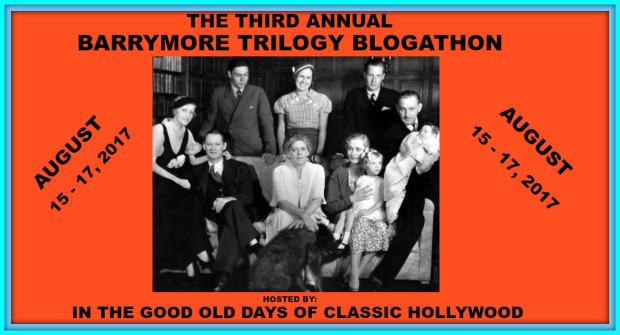 Thanks for reading, everyone, and see you soon!