It’s hard to believe the So Bad It’s Good Blogathon is coming back for its fifth consecutive year. They say time flies when you’re having fun, but it also flies when you’re groaning and flinching, preferably from the ludicrous monstrosity inhabiting your screen.

For those who are just joining us, the So Bad It’s Good Blogathon is quite the doozie of a three days. Got a favorite so-bad-it’s-good movie, or maybe a so-bad-it’s-good movie you’ve been dying to see, or even an unpopular opinion about a popular movie? Well, now’s your chance to treat yo’self and tell the blogosphere about it. If anyone is stuck for ideas, past So Bad It’s Good Blogathons might provide inspiration (find them here).

As is proper in any polite society, there are proprieties to be observed, so here are… 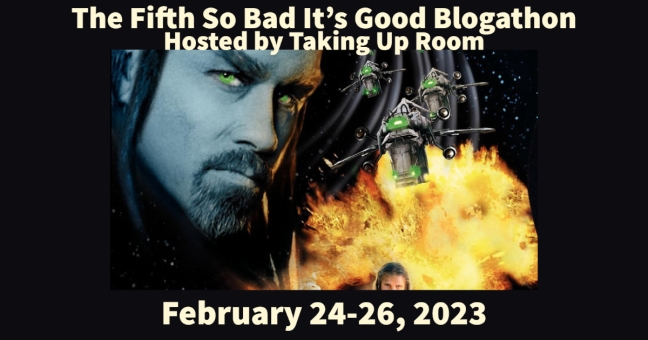 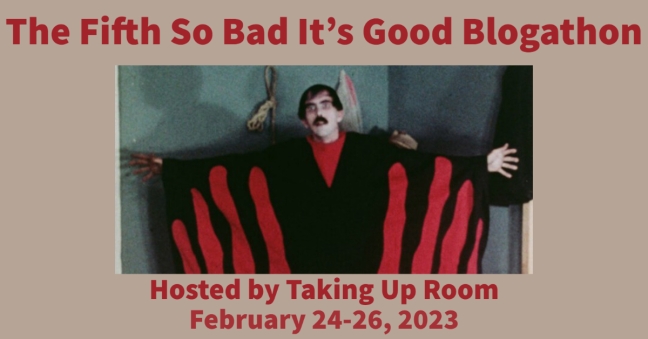 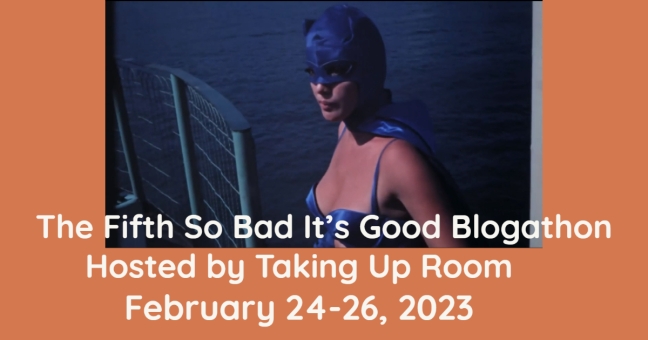 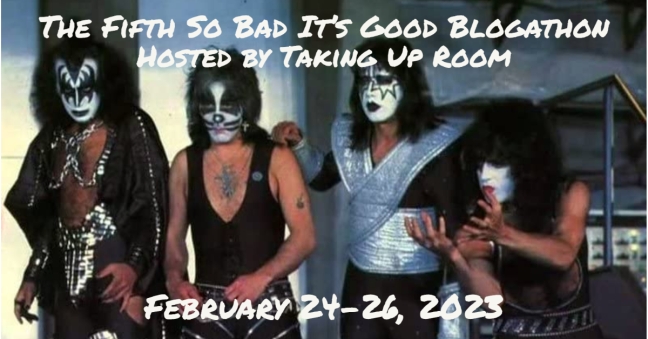 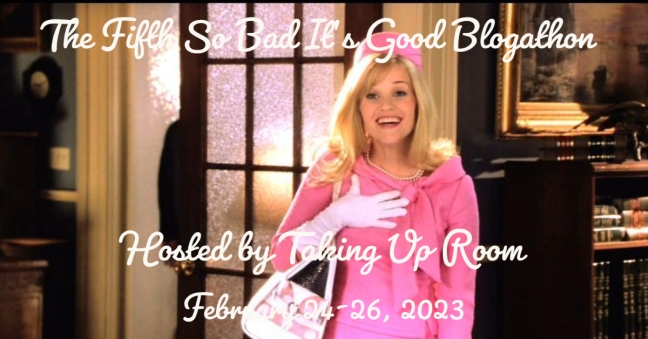 18 thoughts on “Announcing the Fifth So Bad It’s Good Blogathon!”