We’re back for more shame! I’m always tempted to make “Love Potion #9” jokes when we get to this point in the year, but I’m not going to do that. If anyone is coming in late on this Shamedown business they can find the details here and past Shamedowns here. Off we go…

I’m not sure if we really grasp nowadays how prolific Hollywood’s output was during the studio era, but every year there were dozens of movies made that were very seldom seen by the public and remembered by very few if any. One of these is 1937’s Telephone Operator, a generically bad little Poverty Row doozie with some redeeming features. 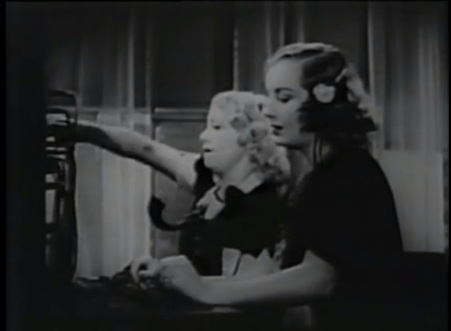 Helen (Judith Allen) and Dottie (Alice Stengal) work at their local phone company and it’s an understatement to say that they know everything that happens in their town. A new baby, a dance, whether or not someone’s going to be home for dinner, what someone’s having for dinner, whatever. These ladies know it and will pass it on if asked, although they don’t waste time blabbing.

The phone company’s latest project is installing phone lines around the Riverdale Dam, and they have to bring in a couple of specialists from Chicago to do the work because it’s a bit tricky. Enter Red (Grant Withers) and his buddy, Shorty (Warren Hymer), experienced linemen who go wherever they’re needed like male Mary Poppinses. 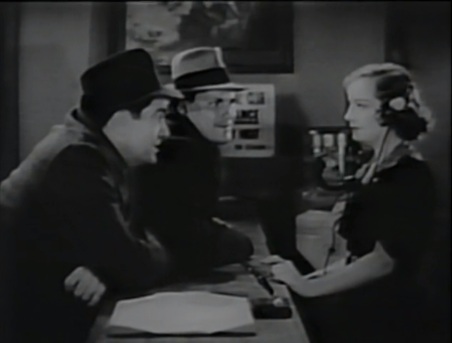 Red takes a shine to Helen and exchanges banter with her over the newly-installed phone lines, all in the spirit of testing them, of course. Helen’s annoyed at first and connects Red to her boss, Tom’s office, which annoys Tom (Pat Flaherty) and flummoxes Red.

The setback is only temporary, though, because Red and Shorty meet Helen’s little brother, Ted (Ronnie Cosby) down at the dam, where he’s been fishing even though a local kid keeps trying to rough him up. Red and Shorty give Ted a crash course in pugilism, and after Ted kicks some bully tail, find out that Helen is his big sister, so they accidentally-on-purpose arrange to meet her at her house, where Helen and Ted’s mom invites Red and Shorty to dinner. Long story short, Helen begins to thaw and Shorty pairs off with Dottie.

Trouble’s brewing in town, of course. Sylvia (Greta Grandstedt), Tom’s wife, is having an affair with Pat Campbell (Cornelius Keefe), the dam foreman. Tom’s never home and she’s bored. Helen finds out Sylvia’s gone to Pat’s cabin for the weekend, so she has Red drive her up there and get Sylvia out before an angry Tom can catch up with them.

Speaking of catching up, the town’s been getting a ton of rain and it’s weakening the dam, which finally breaks. Soon it’s down to Helen to be the town’s sole way of warning the surrounding communities while Red and Shorty fix the lines where they can and the telephone company office takes on water. Red and Shorty raise up the switchboard and give Helen and Dottie something to stand on while the room floods, but it takes a telephone pole crashing through the wall to finally get Helen away from manning the board. She and Red aren’t down and out, though, and although they have to cling to a floating piece of wall paneling, the ending is a lot happier than a Titanic movie.

There’s very, very little information out there about Telephone Operator, but my guess is that it was probably one of dozens of no-budget movies that were shot for television, which was introduced at the 1939 World’s Fair and expected to blow up soon after. It even says, “Motion Pictures For Television” above the title. Ergo, it had no premiere and was likely never seen in theaters.

Unfortunately, World War Two sidelined the development of television until the late nineteen-forties and early fifties, which meant Telephone Operator was very likely shelved for roughly a decade. Its studio, Monogram Pictures, would keep churning out movies and shorts without a break, however, including The Little Rascals, cheap noir, and Tarzan knockoffs (see a complete list here).

As a film, Telephone Operator is better than some and more creative than most. Its flood scenes were padded out with lots and lots of stock footage of actual floods and storms, which apparently more than one critic pointed out at the time. To be fair, it’s pretty hard to miss. Also hard to miss is the film playing fast and loose with Production Code standards, namely about sexual content. Sylvia quite unapologetically cheats on her husband, not to mention there’s one scene when Dottie and Helen, who are annoyed by Red and Shorty making eyes at them, ask why they don’t go pick up a whore. Yikes. Maybe that’s the other reason the film got shelved.

The cast of the film is sorta decent, given the movie’s wandering storyline and thin dialogue. Of the cast, the most familiar would have been Pat Flaherty, a busy character man whose roles were generally uncredited although pretty memorable. Eternal B-queen Judith Allen as Helen would have also been familiar, but audiences today most likely would recognize her as the underwear model in 1939’s The Women, in which she repeatedly uttered, “Our new one-piece lace foundation garments. Zips up the back and no bones.”

While it’s relatively strong compared to its fellow Poverty Row small fry, Telephone Operator ultimately falls flat as a pancake in the final scene, when the characters or at least the town should be showing signs of recovery or someone dying or something. I don’t usually give away a movie’s ending, but in this case I can’t resist.

Remember how we left Red and Helen clinging to that big piece of floating wood at the end of the movie? Well, after bobbing around for a bit, they come to a stop somewhere, and Red proposes to Helen, who’s barely wet and no worse for wear. She blithely accepts, of course, and they start planning their future right as “The End” flashes on the screen.

Yeah, it’s laughingly ludicrous. Red could have at least waited until the two of them were on dry land sipping hot chocolate or something, but no, he decides to propose right in the middle of the flood like meh, no big deal. Let’s get married, honey! We’re gonna be so happy!

Sheesh. Telephone Operator is nothing if not diligent at their tack-on game. 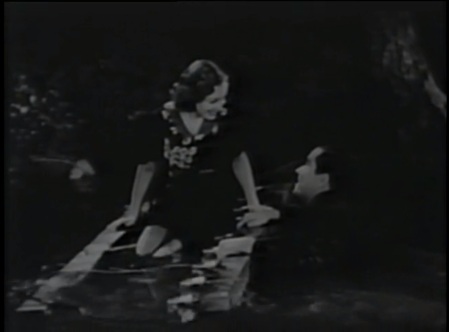 Now, guys, here’s this month’s Pick My Movie Tag winner. As in the past, the mission, if the winner chooses to accept it, is to review something from their watchlist, and the longer it’s been on there, the better. The tag rules and a banner can be found here.

And the winner is…Virginie of The Wonderful World of Cinema!

Congrats, Virginie! And since October starts tomorrow (yipe), here’s what’s on the horizon, blogathon-wise (click on the images for more info):

All right, all, a new Page To Screen is coming up on Wednesday. Thanks for reading…

Telephone Operator is available to own on DVD from Amazon, and is free to stream for Prime customers.