We all know travel can be a big ol’ crapshoot. Just two weeks ago my parents and son and I took a whirlwind two-day trip to Carson City and Virginia City, which was really great, by the way (see some of the photos here), and we decided to come back via Reno and I-80.

While it normally takes about an hour and a half to get to Auburn from Reno, that time it took four hours because there was an accident involving a big rig and what might have been a sedan, but it was hard to tell because the latter was squashed flat. Three of the four hours were spent crawling down the mountain and waving at the truckers we kept seeing over and over, especially one nice gentleman who had four-inch spikes on his front wheel rims.

Yep. Three hours to go just four miles. I decided to have a little fun with it and blasted such ironically appropriate melodies as “Take Me Home, Country Roads,” “Folsom Prison Blues,” and “Papa Ain’t Gonna Quit” on my phone. There was really nothing else to do. Except wait, of course, and make faces at the truckers, most of whom showed varying degrees of boredom and annoyance. Naturally, the first thing we did when we saw civilization again was find a gas station and make a beeline for the restrooms.

In fond tribute to mild and less-than-mild travel inconveniences, I thought I’d present a gallery of some of the trips we’ve taken on Taking Up Room. Click on the images for the full reviews. Off we go…

A respected mystery author rents a house in the country for the summer and finds herself embroiled in finding out the identity of a local serial killer. Written by mystery author Mary Roberts Rinehart, this film features Agnes Moorehead in one of her few leading roles. She heads up a strong supporting cast, among them Vincent Price and the actress formerly known as Darla in The Little Rascals.

I bought this movie a few years ago because I liked the title, but other than that I had no idea what to expect, and it turned out to be one of the prettiest films I had seen in a long time. The Enchanted Cottage is the story of a partially burned-out cottage that has hosted so many happy honeymooners that the walls are soaked in loving bliss. A plain, overlooked woman and a war-scarred veteran come to stay at the house for different reasons, thinking the cottage holds no magic for them, but they just might be surprised.

Oh man, this crazy movie. If anyone is in the mood for madcap Victorian melodrama and Looney Tunes-esque antics, up to and including actors throwing pies at each other, look no further. Boos and hisses whenever the villains come onscreen are, of course, completely optional and also completely tempting.

Road trip time! What’s a teen to do when her mom is going to marry a fellow she doesn’t like just to keep a roof over her head? Why, kidnap her and find her a new guy, of course. Listen, Darling stars Mary Astor, Walter Pidgeon, a pre-Oz Judy Garland, a post-childhood Freddie Bartholomew, a very bouncy camper, and a few catchy tunes. While the plot is a little skimpy, it wears a winsome smile.

The Latimer sisters, Kay and Barbara, along with their aunt Susan, decide to move to Florida and marry rich, but they have to pretend to be rich themselves so they don’t look like gold diggers. It gets a little tough when Kay has two guys competing for her attention and truth starts coming out. This is a fun movie and one of my favorite Betty Grable credits. 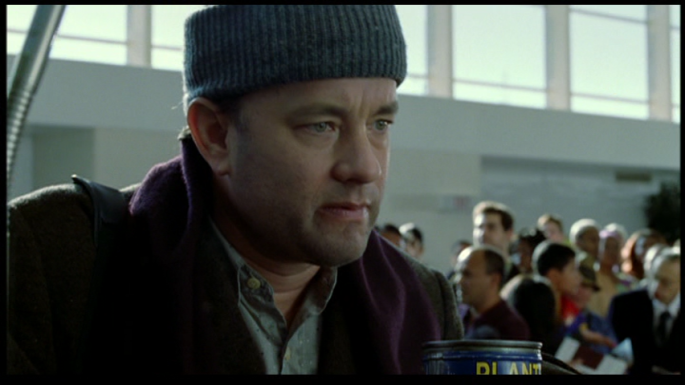 When Viktor Navorski lands at JFK Airport, he learns his passport is invalid because his country is embroiled in a civil war, and thus begins nine months of limbo. Partially based on the true story of Mehran Kahini Nesseri, The Terminal is entertaining in a low-key way. While some may be weirded out by Tom Hanks’s non-descript Eastern European accent, he puts in a good performance, supported by the many denizens of the underground world of air travel.

Things go wrong early on for Nan, who’s on her way to Cuba when her ship runs aground on a reef and the steamship company has to do damage control because Nan knows something that could make them look really, really bad. She promises not to talk if the company will pay her way in Havana and make sure she has a good time. Like many Fox musicals, Havana is fun, sparky, and colorful in a pre-war nineteen-forties way, and Alice Faye is terrific.

This isn’t the only time we’ll be talking about travel this summer, because I’ve been on kind of a kick lately. The week I go back to the crosswalk we’re going to have a solid week of “Sorta Adios To Summer” posts, with travel of all kinds on offer, and I do mean all kinds, winding up with one of my favorite back to school movies. More on that later. Anyway, thanks for reading, all, and I hope to see you on Tuesday for a new “During World War Two” post…