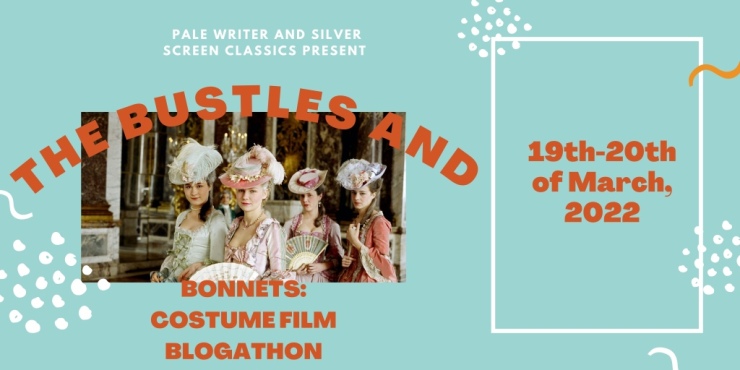 William Randolph Hearst certainly wanted Marion Davies to be presented as beautifully as possible, like an ethereal creature out of a dream. Yet every time, even in the most lavish of lavish costume movies, Davies’ natural comic abilities came through. In the 1925 movie, Lights Of Old Broadway, she got to do both. Well, kind of, anyway.

Twin baby girls were left on a ship bound for New York City and adopted by separate families; Anne (Marion Davies) is taken in by the wealthy de Rhonde family and Fely (Marion Davies) by the O’Tandys, a family of Irish immigrants. Predictably, the girls couldn’t be more different. Anne is a proper, genteel fashion plate from Washington Square that everyone stops and stares after. Fely is a scrappy and scruffy Irish lass who doesn’t think twice about performing death-defying stunts to an adoring and horrified audience.

There’s absolutely no reason for these ladies to meet, until of course, they do. Fely has a job working as an actress at Tony Pastor’s theater, making a whopping seven dollars and fifty cents a week, and on the night of a Tammany Hall rally she meets Dirk DeRhonde (Conrad Nagel), Anne’s foster brother. They bond over punches thrown and a starry-eyed Fely is escorted home by Dirk.

Despite a warning from her mother (Eleanor Lawson) that her father doesn’t like Lambert de Rhonde (Frank Currier) and a reminder that love always finds a way, Fely and Dirk start seeing each other, and it’s time to meet the families. Dirk brings Fely to a reception at his parents’ house, where she has a slightly subdued meeting with Anna. More on that in a minute. Fely draws attention away from her remarkable resemblance to Anna by accidentally knocking over a few tables and breaking a china teacup.

Lambert knows Dirk is seeing Fely and gives him an ultimatum: Either he comes back with him or Lambert will kick the O’Tandys out of their house. He’s their landlord and they haven’t paid rent. The Irish aren’t terribly loved in New York so a lot of people don’t care, but the Irish are just as tribal, hence the Tammany Hall tensions.

Dirk’s got two strikes against him. Not only is he barred from being with the woman he loves, but he works for Edison’s Illuminating Company and no one will invest in their scheme to light up New York. Lambert won’t even touch it because he and his cronies are all heavily invested in gas and naturally electricity would ruin all of that. The O’Tandys have an interest in it, maybe the only one in town, so who will fortune favor? I’d say it’s a spoiler, but history has already answered the question.

OK. I really like this film. It’s a lot of fun. Marion Davies puts in a great performance in her dual role–she can twist an eyebrow or a lip and speak volumes, even without audible dialogue. She seemed to relish her double duty as Fely and Anne because she got to do everything. There are also some really impressive Technicolor sequences in the film, usually during the theater scenes or at other significant moments that I won’t ruin. It looks fantastic and worthy of MGM, Hearst, and Davies, the latter of whom was treated like a queen at MGM. She even had a twelve-room mansion on the lot to relax in between movies.

The films also nails the time period. Electricity first lit up New York in 1882 and since it was done cheaply, killed the gas market in one fell swoop. Broadway wasn’t a thing yet. We get to see Thomas Edison in his heyday when gadgets were appearing seemingly magically. People were generally optimistic and hopeful because they saw things changing in a good way.

Originally titled The Merry Wives of Gotham, the film also included Francis X. Bushman’s daughters, Lenore and and Virginia in the cast and was shot over a period of four weeks. Hearst and Davies weren’t apparently too keen about this, and retakes were ordered.

Lights of Old Broadway was hugely successful, it and it may have been the point at which Hearst had to realize that audiences liked Marion to be funny as opposed to frilly. It wasn’t her first film at the studio, but it was when she started hitting her stride there.

The only thing I wish they would have done is explored the relationship between Anne and Fely a lot more. When they meet at the party, they’re remarkably restrained. If anyone else met someone with their face, it would obviously merit something more that a “Haven’t I seen you somewhere before?” Like in The Parent Trap.

Like maybe a faint, or shock, or a “Dude, you have my face.” Something. These characters never talk about how or why they look so much alike. It’s just kinda there.

The other thing is the film is a little clumsy when Anne and Fely are onscreen together. There’s pretty much no split screen, which I know existed in 1925, and earlier in fact, so it’s odd that a studio like MGM, which prided itself from the get-go about being on the cutting edge, failed to use.

No one seemed to care, though, because, again, Marion stole the show. She would stay at MGM for nine years, until Hearst had a fallout with MGM and Cosmopolitan, Hearst, Davies, and Davies’ bungalow were all out of there. In the years since, the film has not only been restored and exhibited to enthusiastic audiences, but is also preserved at UCLA Film Library and the Library of Congress.

Marion Davies may not have been the type of actress Hearst wanted her to be, but fortunately for her and the rest of us, she was who she was supposed to be.

For more bustles and bonnets, please see Gabriela at Pale Writer and Paul at Silver Screen Classics. Thanks for hosting–this was fun! As always, thank you all for reading, and I hope to see you on Thursday for a new post…

Lights of Old Broadway is available to own on Blu-ray from Amazon.

7 thoughts on “That Crazy, Crazy Town”