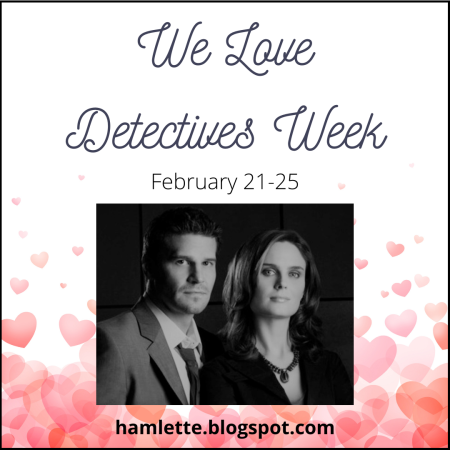 Time to look for some clues, all…

The hard-boiled detective trope really came into its own during the 1930s, and one of its patron saints is Raymond Chandler, whose Philip Marlowe graced the screen several times, as well as books and radio. One of these is 1946’s The Big Sleep, starring Humphrey Bogart, who turned hard-boiled into an art form. It was an excellent role for him, but Lauren Bacall was the one who made out like a bandit.

The Big Sleep opens with Marlowe (Humphrey Bogart) paying a visit to General Sternwood (Charles Waldron), who paid a man named Joe Brody five thousand dollars to stay away from his younger daughter, Carmen (Martha Vickers). Sean Regan, the private eye he had on the case has skipped out without a word and left him high and dry, so he’s desperate.

Marlowe is a low maintenance guy. In addition to the fee Sternwood promises him, he wants twenty-five dollars a day plus expenses. He’s not impressed by Carmen, a flaky thumb-sucking woman-child. Her older sister, Vivian (Lauren Bacall), however, is a widow and a different story. She likes gambling and in some ways is just as hard-boiled as Marlowe. They don’t seem to particularly like each other initially, but there’s always something simmering under the surface. 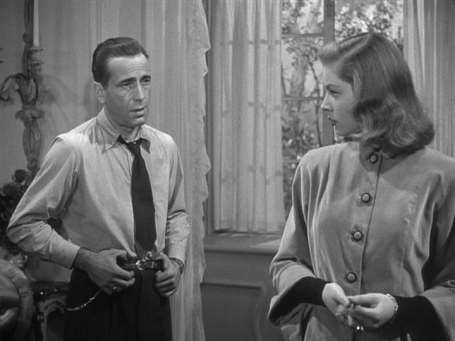 First things first, though–Marlowe’s got to make contact with A.G. Geiger, a rare book dealer Carmen’s been writing hefty checks to. Geiger is evasive and his secretary, Agnes (Sonia Darrin) is even more so, but after some tips from the bookstore owner across the street (Dorothy Malone in an unnamed role), Marlowe manages to trail Geiger to his cottage.

Unfortunately, what he finds there is Geiger dead on the floor and Carmen comatose and gibbering in a chair. Marlowe also finds a camera hidden inside a giant Buddha head, but the film’s been removed, which signals that the whole thing was an inside job…or was it? There’s nothing to do but take Carmen home and find out who shot Geiger and why. 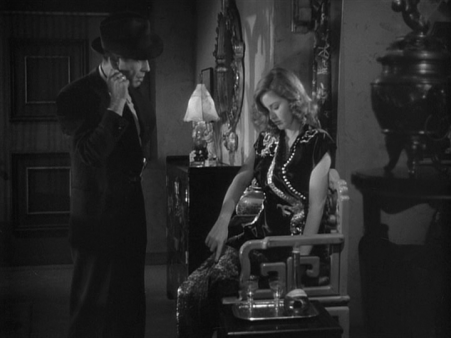 I’m not going to give a lot of plot details because they’re too good to spoil for those who have yet to see The Big Sleep, but I’ll put it this way: There are enough herrings of all colors in this movie to open a bait store. One person might seem like the villain but then they get knocked off, another person who seems important might down a poisoned whiskey and they’re out, a particularly unsavory individual may tease further action or information and they get sidelined. Everything is designed to throw the viewer off the track.

The one plumbline is the relationship between Marlowe and Vivian; the two of them survey each other coolly while Vivian purrs and Marlowe looks subtly bemused. There isn’t a lot of romantic contact but sparks fly like fireflies in June.

Big Sleep’s character development is excellent, likely due to the screenplay being co-written by William Faulkner. Just in the first five or ten minutes we find out a whole lot about these characters, especially Marlowe. Right off the bat, w know he’s very good at his job and very methodical. He’s also a man of principle, and he knows enough about being on the other side of principled that he pushes boundaries but doesn’t cross them. Marlowe learned morality the hard way.

Believe it or not, The Big Sleep was put in hibernation before the public saw it. It was filmed in 1944 but then Warner Bros. shelved it because they wanted to release all their World War Two-themed films before the war was over. Never mind that it still has vestiges of wartime life, such as a lady cabdriver and service people striding down streets, but whatever. Not only that, but Bogart and Bacall were at the height of their affair and Bogie had stepped up his drinking, so everyone’s image needed a bit of polish. 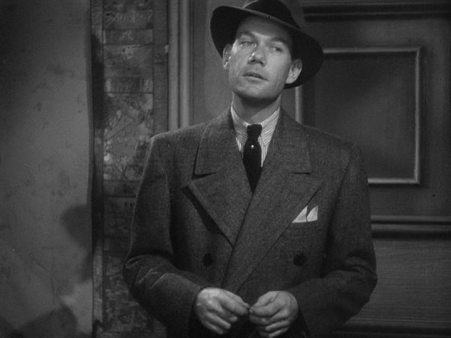 Bacall in particular was in a vulnerable spot, career-wise. Her debut, To Have And To Have Not was a huge hit, but her follow-up effort, Confidential Agent tanked badly enough that people were questioning her future in the movie business.

Fortunately for Bacall and for film history, her agent, Charles K. Feldman went to bat for her. The Big Sleep was dusted off and some parts were reshot, showing Bacall to better advantage and tighten up the story. It was a good thing all round, because the old cut was a little bit slower and the new one has a really good rhythm. In case anyone is wondering, the old version still exists, and was restored in 1996 by the UCLA Film and Television Archives. 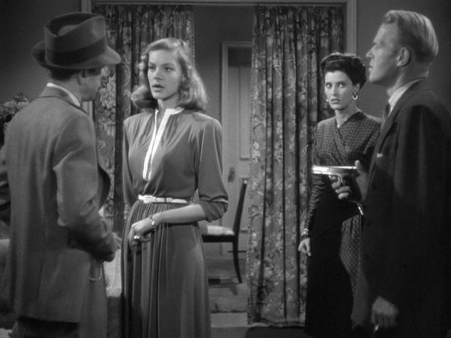 The Big Sleep was a huge success, although some critics didn’t know what to make of it. James Agee of Time Magazine called it “wakeful fare for folks who don’t care what is going on, or why, so long as the talk is hard and the action harder.”

He’s right, because there’s a lot of plot to keep up on, and even critics today find it a little head-spinning. So did I, but it’s all a pleasure. The only problem I had was that Bacall’s purr made me sleepy, but other than that, it was a heady experience, especially after all the mediocre or plain old bad movie fare I’ve seen lately. It’s an elegant, steamy, classic must-watch that shows Bogie and Bacall in the thick of their early years together. 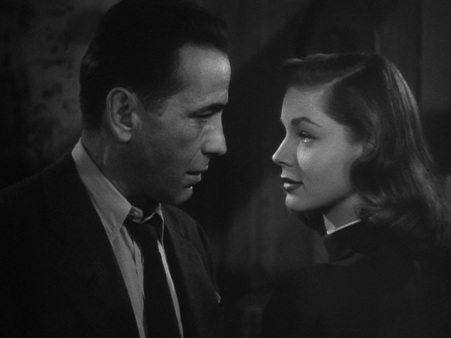 For more lovely detectives, please see Rachel at Hamlette’s Soliloquy. Thanks for hosting this, Rachel–it was fun! Thanks for reading, all, and see you on Friday for the Kim Novak Blogathon…

The Big Sleep is available on DVD and Blu-ray from Amazon. Raymond Chandler’s original novel can be found here.