For someone who’s not really a fan of horror films, I’ve somehow managed to review quite a few of them. I don’t know how it happened, but it just happened, and quite honestly, I’m not too broken up about it. It’s an interesting genre. However, I will not, under any circumstances, review slashers. As the meme says, “Do Not Want.”

Anyway, may I present for what I hope is your reading pleasure, some of horror that has graced the pages of Taking Up Room in its first few years of life, so without further ado and in no particular order, here we go. Click on the images to read the reviews… 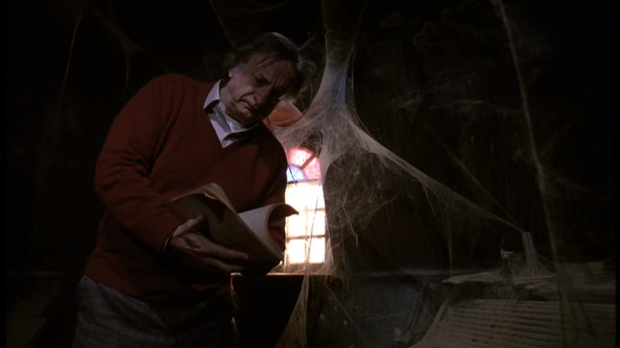 A recently bereaved man rents a house in the Pacific Northwest and tries to settle into life as a music professor, but his dwelling has other plans. The ghost of a little boy who was murdered there is restless and wants justice. Honestly, this is one of my favorite movies. It’s got George C. Scott, it’s got a mystery, and it’s got just enough creepiness to infuse everything with a tangy uneasiness.

Vincent Price! Victorian women in 1960s makeup! Red Vine candles! This is a cool one, guys. If you haven’t read Poe’s story or seen any of the filmed versions, this Roger Corman gem is a great place to start. It’s unusually camp-free for a Corman film, too, so there’s that. 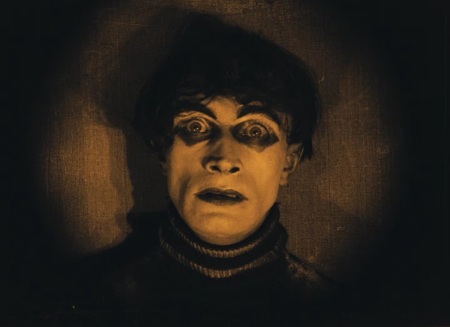 Another favorite. Oh, this one’s potent. The story of a creepy guy and a creepy sleepwalker, it’s set against an oddly askew aesthetic and considered one of the best films ever made. A young Conrad Veidt plays the title character in what might be one of his finest performances. I highly recommend the 4K transfer of Caligari, but any restored version will do.

Not every movie on this list is a rave,  Van Helsing is here because it’s got Dracula, Frankenstein, and Dr. Jekyll, among other horror tropes. Not to mention it has Hugh Jackman as the supercool Van Helsing, a werewolf, and finally Tarzan, only without the vines and the yell. No, he’s not really Tarzan, but this movie fully embraces the tricky logistics of lycanthropy.

I know this list is supposed to be about horror movies, but I couldn’t resist including this wonderful Paul Leni dark house comedy. Newly-minted heiress Annabelle (Laura La Plante) can only keep her fortune if she can prove she’s not crazy. Her jealous family members aren’t going to make it easy for her, but neither is the decidedly nutty house they’re all spending the night in.

Price and Poe are back, along with Roger Corman, the latter of whom just couldn’t go too long without injecting some camp into his films. He leans pretty psychadelic here, especially after Nicholas’s mind goes. This version of P&P owes so little to the original story that it’s pretty much its own thing, but it’s still classic Price and Corman. 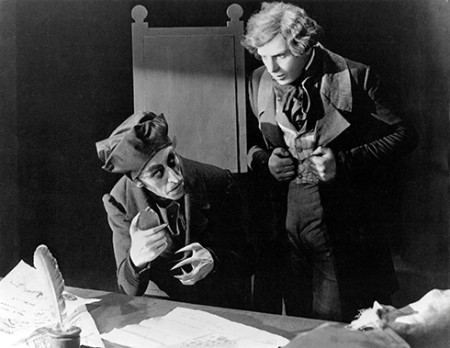 Yes, another silent movie, but this one is an all-time classic for Dracula aficionados. At the time it claimed to be separate from Bram Stoker’s novel, but we all know better. The trick about this movie isn’t always what it shows but what it doesn’t show, and Nosferatu is full of surprises. 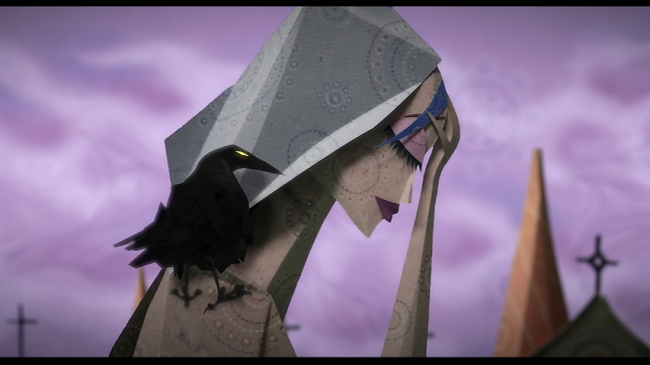 Yep, we’ve got a lot of Poe on this list, too, but that’s not a bad thing, right? Extraordinary Tales is a collection of five animated stories all done in different styles by different directors. It’s not super scary, but it nicely captures the weirdness that is Poe.

The Legend of Sleepy Hollow (Various) 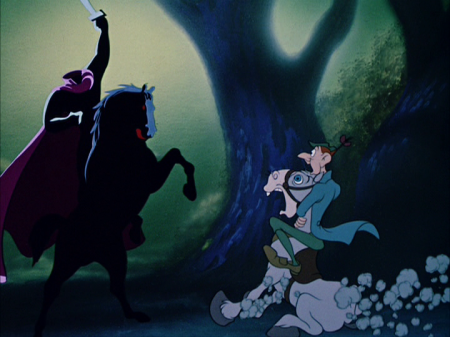 Can’t have a gallery of horror without including Washington Irving’s perennial favorite, and there are plenty of iterations to choose from. Animation, features, TV shows, whatever, and oh yeah, the original story. There are many roads to Tarrytown and the land of the Headless Horseman. Just be sure to make for the bridge if the Hessian is afoot. 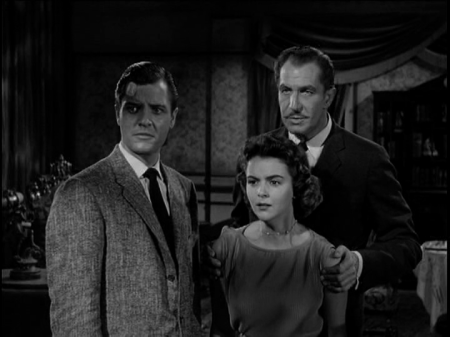 Mr. Price again, because we all know the gentleman was good at horror. And it’s another dark house film, featuring the Aztec exterior of the real-life Ennis House in Los Angeles, only it has a studio-created Victorian interior. With jumpscares, disembodied heads, and floating skeletons, this is a quintessential horror movie.

No list of horror films is complete without putting a little Hitch in its step, and The Birds is one of his best in my opinion. It’s very loosely based on a Daphene du Maurier story, as well as a real-life event that took place in the Santa Cruz area of California. Hitchcock, who was always on the lookout for good ideas, hit paydirt with this one.

Et voilá. Like I said, I’m surprised how much horror has appeared on Taking Up Room, and this is only a partial list. Who knows what will happen next?

Coming up in November (click on the images for more info):

Yeah, it’ll be here quick…can you believe it? Happy Halloween, everyone!

2 thoughts on “A Gallery of Horror”