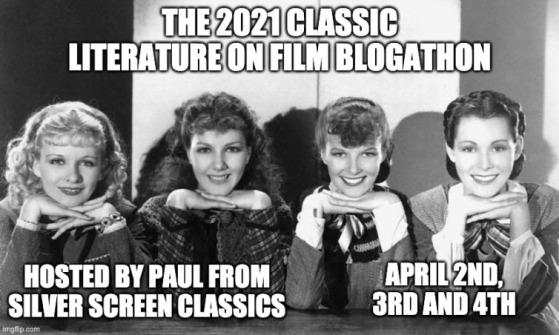 Back with another page-turner…

What Sir Arthur Conan Doyle is to crime fiction and forensics, Jules Verne is to sci-fi, and next to Around the World In Eighty Days, 20,000 Leagues Under the Sea is probably his most well-known work. First published in France in 1870, then translated into English in 1873, it’s filmmaker bait because a dark antihero on the warpath is always really tempting, plus submarines are cool.

For those who aren’t familiar with the plot, it follows a Parisian professor, Pierre Arronax, and his assistant, Conseil on their quest to find a mysterious sea monster that’s been taking out sailing vessels. After a lengthy putter around the Atlantic, their frigate, the Abraham Lincoln finds the monster, or rather, the monster finds the ship. After the frigate sinks, Arronax, Conseil, and a Quebeςoise harpooner named Ned Land are set adrift until they’re picked up by the battery-operated submarine, the Nautilus and held prisoner for a year by the enigmatic Captain Nemo.

From there, the book gets educational. Verne had a romantic view of science and geography, and in Sea he really lets loose, giving just enough detail about various kinds of sea life to keep things interesting. The Nautilus is a marvel of Victorian opulence and gentility, right down to the food, none of which comes from dry land. Nemo is mostly a genial host, except when he decides to ram ships in the area.

Arronax and Conseil learn all they can, but a guilded cage is still a cage, and they, along with Ned Land, keep an eye out for a chance to escape.

Jules Verne was inspired to write the novel after receiving a fan letter from one George Sands after the successes of Five Weeks In A Balloon and Journey To the Center of the Earth. Sands figured since Verne had taken his readers into the air and the center of the earth, why not traverse the oceans next? Verne, a longtime yachtsman, was intrigued.

The novel as we know it happened in a roundabout way. Verne used the 1863 Polish uprising against Russia, now known as the January Insurrection, as his basis for the plot. In the first draft of Sea, Captain Nemo was a Polish scientist whose entire family had been tortured and killed by the Russians.

Vern’s publisher, Pierre-Jules Hetzel didn’t go for it, as he was afraid it would make Russia mad, not only from a diplomatic standpoint, but a financial one: Verne was a favorite among Russian bookworms. Hetzel suggested making Nemo an Indian prince instead, but Verne didn’t like that, either. Instead, Nemo was left as a shadowy figure without a country, at least until all was revealed in The Mysterious Island.

Verne wouldn’t live to see Sea made into films, the first of which came about in 1907, two years after Verne’s death. Directed by Georges Méliès, the film is about ten minutes long and doesn’t stick to the book in the slightest–it has a submarine that goes to the bottom of the ocean and that’s about it. It’s kinda like A Trip To the Moon, only with water and mermaids. There’s not a whole lot of information about the film out there, but it’s likely Méliès shot the underwater scenes through a water tank, because his performers clearly aren’t submerged. It’s a fun little romp with trademark Méliès flair.

The next film version was released by Universal in 1916, and unlike the Méliès film, was actually shot underwater. This was enabled by the Williamson Submarine Tube, which was invented by brothers George and John Ernest Williamson. The Tube consisted of a submarine pod connected to a ship by an enclosed ladder, which allowed the brothers to film underwater with remarkable clarity, as long as there was enough light from above. The underwater scenes were shot in the Bahamas and look amazing.

However, the plot is a mishmash. The one thing the film owes to the book is the Nautilus ramming a ship in the beginning and people speculating about a sea monster. Conseil and Ned are practically nonexistent. Plus it tries to shoehorn two female characters into the story, except that neither one has a name. One is Arronax’s daughter, and the other is a shipwrecked woman in leopard print named the Child of Nature. The purpose of these poor nameless creatures is to bring a little tension to the proceedings and nothing else.

A lot of the film comes across as silly. The interiors of the Nautilus are remarkably spacious, as if the characters are anywhere but a submarine. When the Child of Nature runs around the island in her leopard print toga, I could have sworn I heard Katy Perry’s “Roar” playing in the background. Okay, not really, but it wouldn’t have been out of place if it had.

And the darkest thing about Allan Holubar, who plays Captain Nemo, is his skin, because he’s in blackface the entire time. It’s tacky and ridiculous, as is Holubar’s performance. Too many big gestures and not enough thought going on.

It wasn’t until 1954 that Captain Nemo returned to the screen, courtesy of the Walt Disney Company. It was Disney’s first big-budget live action film and a big gamble for the studio, as its finances were spread fairly thin at the time. Disney was determined to go big or go home, though, and brought in durable actors James Mason as Nemo, Paul Lukas as Arronax, Peter Lorre as Conseil, and Kirk Douglas as Ned Land.

Disney also filmed in the Bahamas, albeit without the Williamson Submarine Tube, because underwater filming had advanced considerably in the forty years since the 1916 movie. Unlike the previous films, though, the 1954 movie stuck closely to the book’s main plotline.

In my opinion, the Disney version is the best iteration of Sea. It’s unusually gritty and dark for a Disney film, and James Mason puts in an incredible performance as Captain Nemo. He oozes tortured charisma. In one scene when the Nautilus rams a frigate there’s a closeup of Nemo’s eyes as the attack reaches its climax, and all we can see is his pain. At other times he channels that pain into stormily playing Bach’s “Toccata and Fugue.”

Disney’s film turned out to be the third highest-grossing movie of 1954, and according to the Hollywood Reporter, one of its biggest strengths was that it made viewers believe in it and Captain Nemo.

There have been other adaptations since 1954, but all for TV and I’ve heard all of them are lackluster, so we’re going to skip them for now. I may have to do a little searching, though, because the late, great Ben Cross plays Nemo in one of them.

I think plausibility is what keeps people returning to Jules Verne and 20,000 Leagues Under the Sea. Besides being an exciting storyteller, Verne’s works show us what is while helping us think about what could be, and that’s no small feat.

For more classic literature on film, please see Paul at Silver Screen Classics. Thanks for hosting, Paul–this was great. As always, thanks for reading, everyone, and I hope to see you on Wednesday for a new Page To Screen…