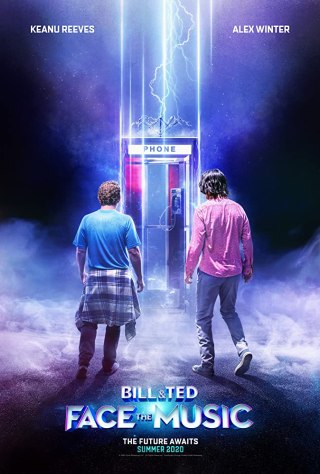 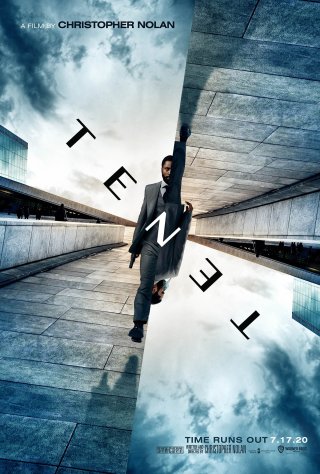 It’s not often that I get to see two movies I’ve done Origins posts on within a couple of days of each other, but this is 2020 and nothing is typical ever.

We saw Bill and Ted over the weekend via Amazon Prime while noshing on Amy’s margherita pizza and Dove chocolate.

Then yesterday my husband had the bright idea of taking my in-laws, my nephew, my son and I over to Reno for an early access showing of Tenet, since there are literally no theaters open in California within four hundred miles of us and we needed a little adventure. That, and it’s Tenet.

While my family sat in the dark watching these movies, I was sloppily taking notes in my crossing guard notebook.

Oh golly, why did I enjoy this  so much? But I did. I really did. And I’m good with that.

Bill & Ted is literally all over the place. It’s all over San Dimas and all over history. Remember when Rufus told our heroes that their music would unite the world? Well, it’s time to pay up. And they only have seventy-seven minutes to make bank. Why, I don’t know, but it’s all about pressure here.

What I liked about this film is that it pays homage to the first two movies without mooching off of what worked before. We might see elements we recognize, but they’ve been updated and it’s not in a pandering-to-the-fans kind of way.

Another thing I liked about it is that Bill & Ted focused on why these guys wanted to be the Wyld Stallyns in the first place: Their love of music. And it’s a family thing. In Face the Music, Bill and Ted’s daughters, Billie (Bridgette Lundy-Paine) and Thea (Samara Weaving), love music so much that listening to it is all they do. Classical, jazz, rock, whatever. These girls love music. And they’re able to use that love, and the encyclopedic knowledge that comes with it, as a way to help their dads.

The guys’ codependence is a theme, too, as we saw in the trailer. The two princesses, Elizabeth (Erinn Hayes) and Joanna (Jayma Mays) are worried that their husbands aren’t individual enough when it comes to relating to them, so they sign up for couples’ counseling. Bill and Ted don’t seem to get that it isn’t group therapy.

One has to wonder what their honeymoons were like.

Anyway, that aspect of the film springboards into Bill and Ted’s motivations. They’ve seen the future, and without their families, it’s not pretty.

I thought the film would be woke. It’s not. It’s also not as dumb as I thought it was going to be, not by any stretch. It’s really clever and fun. It respects its past, it respects the fans, and it’s a satisfying coda to an iconic property.

How to sum this up without spoilers? Tenet is amazing. Like Inception, it’s visually arresting. The music throbs like a heartbeat during key scenes. The acting is terrific, especially Kenneth Branaugh–his character oozes evil and he plays it to the hilt. The movie has car chase scenes where cars are going in two different directions. It has buildings simultaneously blowing up and repairing themselves. It has bullet holes disappearing. It’s as if someone hit the fast forward and rewind buttons at the same time. Tenet is a ride.

That said, this is not a character-driven movie. You don’t find out backstories or why characters are where they are. I can’t even tell you a single one of the character’s names. The one character-driven action I noticed throughout the movie was The Protagonist (John David Washington) doing chin-ups on ladders and stairs. In terms of Tenet’s story, it may have been the only thing the guy felt like he had control over.

Names and backstories aren’t important. Heck, the dialogue isn’t even important. Tenet is plot-driven. In fact, the plot is the real main character. A viewer has to really pay attention or they’ll lose track of who’s supposed to be where and why. Ergo, Nolan doesn’t want us getting caught up in anything personal.

It’s like being outside looking in, only it’s impossible to look away. I agree with Chris Stuckmann that this makes the movie inaccessible. It’s harder to care about the characters when you’re not allowed to connect with them on any level.

That’s as far as our concern goes.

Instead, Nolan gives us headfuls of things to think about, and again, I won’t give spoilers except this: What if the future is allowed to make war on the past? What if people from either side were able to affect change in either the future or the past?

Revolving doors are a theme. So is perpetual motion. Literally. Tenet is three hours long and it never stops moving.

It’s been a fun three days, guys. In final analysis, both Tenet and Bill & Ted were worth the wait. While they couldn’t be more different, each of them are enjoyably watchable and will stand up to repeated views. And yeah, time was a thing, irony of ironies. That’s 2020 for ya.

Thanks for reading, all, and see you tomorrow with some business stuff, plus a new Stage To Screen. Have a good one…

3 thoughts on “Bill and Ted, Tenet and Nolan (No spoilers, though)”