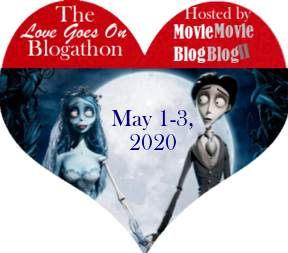 If there’s one thing we all know about Tim Burton, it’s that he rarely does anything normal, and even then the weirdness shines through. His films have a tangibility in an age of CG that is very unusual and personal, and one of the best in my opinion is 2005’s Corpse Bride. Based on a Russian Jewish folktale. it’s a sweet stop-animation story with a melancholy touch of bait-and-switch, punctuated by some jazzy tunes by Danny Elfman. The best part about it is that it shows that the grave isn’t necessarily the end of a love story.

Victor Van Dort (Johnny Depp) and Victoria Everglot (Emily Watson) are getting married on the morrow. Victor’s parents, Nell (Tracey Ullman) and William (Paul Whiteman) are ecstatic about it because his mother is the classic social climber. Victoria’s parents, Maudeline (Joanna Lumley) and Finis (Albert Finney) are not as jazzed. They can’t have their daughter marrying into the nouveau riche, after all. The horror! However, they have no choice. Their vieux riche lifestyle hangs in the balance due to lack of funds. 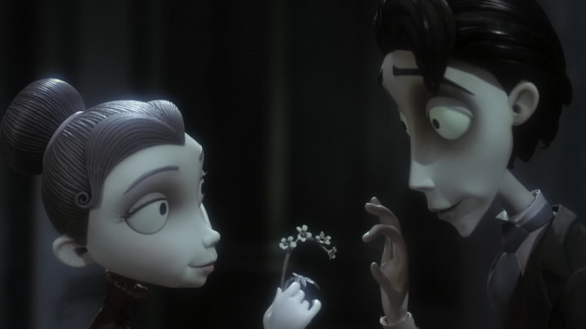 Poor Victor is so nervous he doesn’t know what to do with himself. He wants to be married to Victoria, but his hands can’t stop shaking. He drops the ring at the rehearsal and fumbles his words so badly Pastor Galswells (Christopher Lee) thunders at him to learn his vows.

So, Victor wanders out into the woods to practice. He makes good headway at first, pretending to shake hands with the trees. While reciting the “With this ring” part of his vows, he places the wedding ring on what he thinks is a dried-up tree branch under a tree. 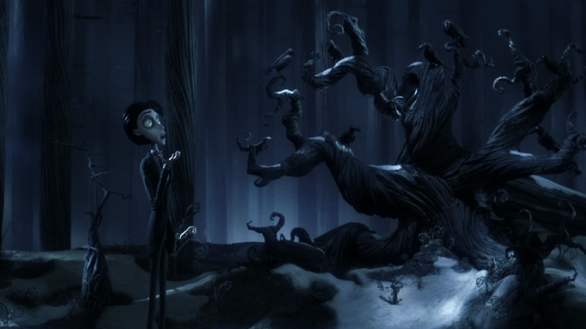 Victor bolts, but the woman corners him on a bridge and says, “You may now kiss the bride.” Our poor bridegroom recoils in terror, but he can’t avoid her. 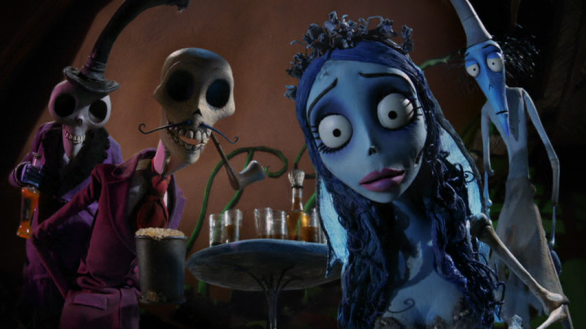 He wakes up in the underworld, where the woman, Emily (Helena Bonham Carter), a bunch of skeletons and other ghouls are staring at him. “Looks like we’ve got ourselves a breather,” one of them says. They’re not mean, but Victor understandably freaks. No one seems to notice, though, because they’re all there for a party. After all, their darling Emily is getting married at last.

The jolly characters of the Underworld don’t waste any time filling Victor in on Emily’s story. Well, Bonejangles (Danny Elfman) does the job. In a nutshell, she met a guy who was handsome and charming but who had no money. They made plans to elope, and at the appointed time Emily sat waiting for her groom under a tree with a satchel of gold and jewels. When her intended did show up, he killed her and took all her loot. So Emily made a vow that she would keep waiting under that tree for her true love, and Victor just happens to be him. She’s not angry about being a victim of her circumstances, just sad and single-minded. 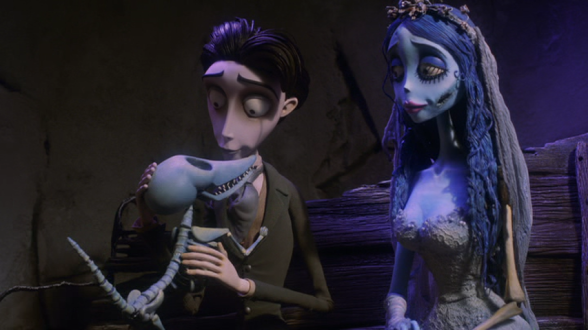 On one level, Victor and Emily have some things in common. They play a duet on the piano and in spite of himself Victor has a good time. Emily also reunites him with his dead dog, Scraps, who’s a cute little skeleton of a pup.

Still, if they’re really going to be married, Victor says he needs to introduce Emily to his parents in the land of the living. So Emily takes him to see Elder Gutknecht (Michael Gough), who provides them with a Ukranian Haunting Spell. All they need to say when they want to come back is, “Hopscotch.” 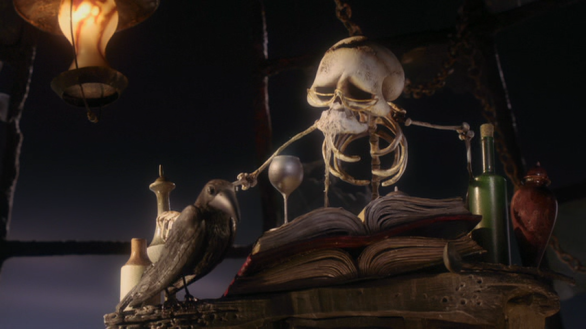 As soon as they’re back, Victor makes a beeline for Victoria’s house, where he blurts out everything that happened to him. Victoria is horrified, and as if to prove Victor’s point, a jealous Emily appears and drags Victor back to the underworld.

Victoria frantically tries to get Pastor Gallswells to help her, but she has her own troubles. A certain vulture, Lord Barkus (Richard E. Grant) has been hanging around eyeing her, and her parents fall all over themselves to please him even though he’s dodgy as all get out. They arrange a marriage between Victoria and Barkus, which causes the upper and lower worlds to converge in a rather revealing way. 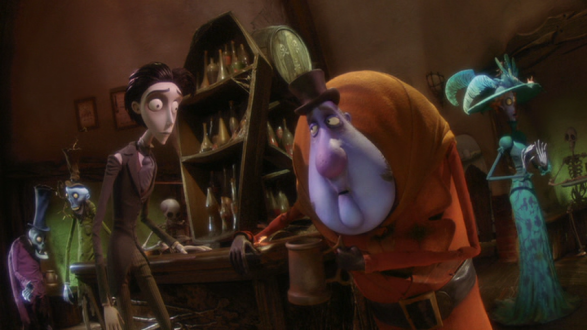 Burton’s film has a way of playing with the viewer. Victor seems to escape, and then he gets drawn back into his prison. Then his prison seems to free him, even though it’s not what we might want for him. It threatens to plunge into despair but never quite gets there. And there are the usual trademark Burton gags and winks, like skeletons throwing body parts around and a widow falling into the arms of her deceased husband who quotes a certain famous line from Gone With the Wind.

Corpse Bride is definitely one of Burton’s lesser films. It doesn’t match the brilliance of The Nightmare Before Christmas; it seems a bit rushed in comparison. Which it was, because it was being produced at the same time as Charlie And the Chocolate Factory. While the movie conveniently used some of the same actors, it wasn’t the prestige project that Charlie and the Chocolate Factory was, not by a mile, and it shows. 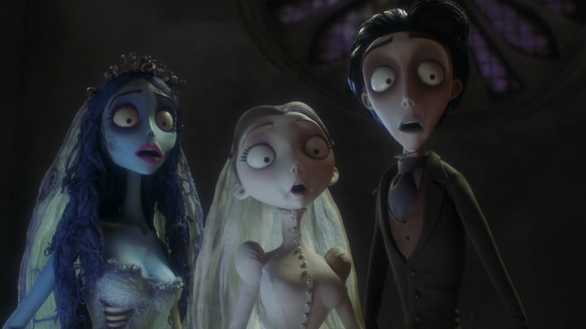 When it was released, the reviews were mixed–critics complained the film didn’t have a lot of substance. Still, it is a beautiful story with a lot of sweet moments. For a more minor piece of work, it isn’t at all shabby.

For more of the Love Goes On Blogathon, please see Steve at MovieMovie BlogBlog II. Thanks for hosting this, Steve–I bet your wife would have liked it, rest her soul. Thanks for reading, all, and have a good weekend. A new “Page To Screen” is on the way in a few days…

Corpse Bride is available on DVD from Amazon.