Here’s something completely different: A Harriet Tubman movie. I don’t know why this woman hasn’t been featured in films sooner and more often. Her story has it all–intrigue, espionage, and stealth, with a whole lot of moxie. So yeah, it’s about time.

Harriet Tubman wasn’t the only slave who successfully ran to freedom, and she certainly wasn’t the last. Americans are well familiar with the clandestine system of conductors, safe houses and checkpoints called the Underground Railroad, in which hundreds of slaves were spirited to the Northern states and a new life. We’re gonna revisit it and some bits of Tubman’s story today.

First of all, here’s the trailer for the new movie:

It looks intriguing, doesn’t it? They seem to have stuck to Tubman’s story pretty well, at least starting at the point when she escapes from slavery. I just hope they don’t get all presentist and politically correct.

Harriet Tubman was born in Dorchester County, Maryland around March of 1822 and died in Auburn, New York on March 10, 1913. Since her life is so familiar, I thought I’d present nine fun facts about Tubman:

Minty, as she was known to her friends and family, changed her name when she decided to run away because it would make her harder to find. Her mother was named Harriet.

When Tubman was a young teen, she went into a general store, where an irate overseer tried to punish a runaway by throwing a two-pound metal weight at him, only it hit Harriet instead. The injury resulted in severe headaches and hypersomnia for Tubman, who would occasionally fall unconscious, although she looked awake at these times.

Tubman was a devout Christian.

Of all the points about Tubman’s life that is most likely to be left out of the movie, this would be it. Tubman was raised Methodist and claimed to see visions. During Underground Railroad runs, Tubman would carry a hymnal with her and used lines from hymns as code. She couldn’t read, but hymns were very important to her. Among her favorites were “Swing Low, Sweet Chariot,” and “What A Friend We Have In Jesus.”

She lived in Canada.

The Fugitive Slave Act dictated that escaped slaves could be returned to their masters even if they made it to free states, and this meant Canada was a very desirable location for former slaves. St. Catharines, Ontario, was Tubman’s home from the early 1850s until the 1860s, and it was where she led her rescues. As she told Sara Bradford, “I wouldn’t trust Uncle Sam with my people no longer; I brought them clear off to Canada.”

If someone wanted to escape from slavery, they had to be all in.

Tubman went back and forth between the plantations and free states about thirteen times, freeing around seventy slaves, and when Ms. Tubman escorted escapees, she didn’t fool around. If someone got cold feet, it wasn’t uncommon for her to threaten to shoot them. It would be interesting to know if she ever made good on her ultimatum.

Harriet was friends with suffragettes and abolitionists.

Some historians compare her to Forrest Gump, but Tubman’s alliances were more intentional than inadvertant. As an escaped slave and a woman, Tubman was sought after by suffragettes and abolitionists, as the two movements were closely linked (Suffrage was a spinoff movement of abolition). Tubman was friends with Susan B. Anthony, Lucretia Mott, and Elizabeth Cady Stanton, as well as Frederick Douglass, who helped her shelter some freed slaves she was escorting to Canada.

She was married twice.

Harriet’s first husband, John Tubman, encouraged her to get herself to freedom, and the rest is history. However, when Tubman came back for him later, he had remarried, so who really left who who is indeed the question. On the other hand, I wonder if there could have been an ulterior motive to John Tubman’s remarriage: That he had appeared to have moved on might have thrown the authorities off the scent.

Either way, Tubman moved on herself, obtaining a formal divorce in 1851 and marrying Nelson Charles Davis in 1869. Davis was twenty-two years younger than Tubman, but they were very much in love and even adopted a little girl, Gertie. Davis died of tuberculosis in 1888 at the age of forty-four.

Tubman was a spy for the Union Army. And a nurse. And a cook. And a scout.

The repeated trips into and out of slave states made Tubman very savvy. She was adept at reading weather conditions, operating incognito, and thinking on her feet. When the Civil War broke out, Tubman served wherever she was needed, and even helped free slaves in the process. While she wasn’t paid for her services until 1899, and she had to fight to get what she did receive, she was buried with full military honors.

She started a complex of old-folks’ homes in Auburn, New York.

Built entirely on private donations, Tubman’s seniors’ village was for former slaves. At the time, there were no homes where these people could comfortably live out their twilight years, and Tubman’s homes filled a need. The last remaining building was one of nine, and was restored by Tubman’s church, AME Zion in the 1990s. It opened as a museum in 2006, along with a visitor’s center. It’s a very personal look at Tubman that’s been aided and blessed by her surviving relatives.

There are so many facets of Harriet Tubman’s life that it’s impossible to not see the drama there, and no embellishment is needed. I really hope this new movie lets her speak for herself and inspires viewers to look deeper into both Tubman and the turbulent fight that was abolition.

Coming up in November: 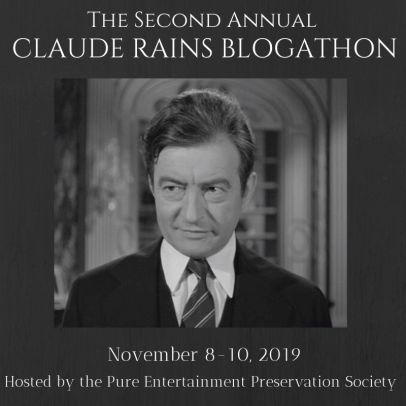 Anyone who would like to participate will want to pay these fine folks a visit:

Yep, next month is gonna be jam-packed, and that’s just the blogathons. Hope everyone checks back here next week for a new Stage To Screen, yet another Origins post, and something delicious (nope, not gonna spoil anything). Thanks for reading, and Happy Halloween!