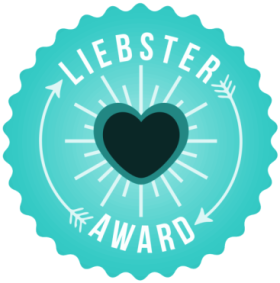 Longfellow once wrote, “To have joy, one must share it, for happiness was born a twin.” I wonder what Longfellow would say about Leibster Awards, of which I now have two, thanks to the sweet ladies at Pure Entertainment Preservation Society. Thank you so much, Tiffany and Rebekah!

As always, accepting a Liebster requires the nominee to jump through the following hoops:

Points One and Two are checks, and now we come to those eleven facts:

Next up: Tiffany and Rebekah’s questions and my answers:

Okay, so that’s another check, and now on to my nominees:

Finally, we have come to the last hoop, and that would be my eleven questions. Voila…

Okay, that oughta do it. Congrats to all my nominees, thanks again to Tiffany and Rebekah, and thanks for reading, everyone! Another Shamedown is coming on the morrow…

4 thoughts on “Then There Were Two”