Many of us in the film blogging world love Judy Garland. We pay tribute to this genius every chance we get. Judy could switch between comedy and drama with the barest flick of an eyelid. She felt so much deep emotion and gave the world glimpses into her busy mind. She had lashings of charisma and the rare ability to hold an audience’s attention all by herself. There has never been a performer anywhere close to her before or since.

Judy is at once an enticing and hands-off subject for biopics, simply because she’s incredibly difficult to imitate. The only ones who can sort of approximate her performance style are her daughters, Liza and Lorna, but they bring their own style to the party, even as they carry on Judy’s legacy.

So when I heard that there was going to be a Judy biopic starring Renee Zellweger, my response was an incredulous, “Eh…really?”

Don’t get me wrong–I’m a fan of Renee Zellweger. She’s a gifted actress and seems to be a genuinely nice person. I just never pictured her as Judy. I think it’s something about the eyes. Not that there’s anything wrong with Renee’s eyes, but she’s just not like Judy in that way.

In its favor, the movie only focuses on the last year of Garland’s life instead of covering every little part of it, which means it can potentially break out of the typical biopic formula. The story arc is about Judy trying desperately to be with her children and get the IRS off her back. If the trailer is any indicator, the movie shows a woman who is crumbling. On the brighter side, it also shows Renee recreating Judy’s stage routines and singing Judy’s songs.

I just have to wonder how far down the rabbit hole the film will go, because Judy’s last year was a turbulent descent into her final fade-out. As she approached the end of her life, Judy’s body couldn’t function without the pills she had been taking since her teen years, and those same pills, aided by too many Seconals, would end up killing her.

Judy’s children were deeply affected by her dependency; her daughter, Lorna in particular, served as custodian of her mother after her parents separated and divorced. Kept awake at night by her mother’s rambling neediness and putting sugar in her pills, Lorna underwent severe stress to the point of having a nervous breakdown. “I just wanted to go to bed,” she later wrote.

Lorna and her brother, Joe, ended up going to live with their dad, Sid Luft, in California, leaving Judy basically homeless until she met and married Mickey Deans in March of 1969. Three months later, she died.

She may have been impossible to live with at the end, but Judy’s kids knew where her heart really was. Lorna said in her autobiography:

My mother wasn’t rational those last years; if she had been, she would have been horrified by her own behavior…I’ve questioned many things about my mother over the years. The one thing I never questioned was whether or not she loved me. I knew she did. I knew that if she had been well, she would have wanted me to do whatever was necessary to keep myself safe. (Me and My Shadows, pg. 213)

So far, Judy has met with some resistance. Liza Minnelli said on Facebook she had never met Zellweger and did not approve of the movie in any way. The rest of the family doesn’t seem to be on the record about it, favorably or not, which isn’t exactly a good sign. Maybe they think the less they say about it, the better. If so, this might be a wise decision, because it’s highly probable that Judy’s last year isn’t one her kids are interested in reliving. Too much emotional exhaustion and too many sad partings.

Judy has been touted as the first Judy biopic, but this is far from the truth. Five other actresses have portrayed Judy before Zellweger, with varying degrees of success.

Judy was portrayed by Andrea McArdle, who was fresh off her success as Annie on Broadway. Rainbow is solely a TV movie. Read: It’s not that great. It contains a lot of inaccuracies, and the total package is rather blah. McArdle is miscast as Judy, but she makes a game effort, anyway. She is definitely a Broadway performer–her voice is meant to soar to the back row of a theater, and she doesn’t capture the warmth Judy brought to her vocals even as a young teenager. It’s a novelty, that’s all. 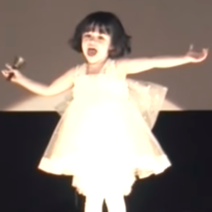 Boasting three different Judys, this miniseries was produced by Lorna Luft and based off of her memoirs. It was a huge success (Variety loooved it), and Tammy Blanchard, who played Judy in her teens and early twenties, received an Emmy. Some of it doesn’t come off as well as it could, and some scenes depict incidents Garland fabricated or exaggerated. Judy Davis sometimes looks too old to play Garland, especially when she’s still in her twenties. However, the series works nicely, although it might make viewers feel like they’ve been fed through a wringer. Still well worth a view, though.

OK, so this one isn’t technically a Judy biopic, but that of Liza’s first husband, Peter Allen. Sigrid Thornton plays Judy, and is shown not only being the one who discovered Peter, but introduced him to Liza. This didn’t happen; Mark Herron was the one who discovered Allen. Produced and filmed entirely in Australia, the two-episode series was successful, peaking at #2 on Australia’s Top 20 Consolidated Programs. Thornton’s delivery seems to be closer to Lauren Bacall than Judy Garland, but she gets Judy’s exuberance right. My only query is whether or not Liza saw it and what she thought. Seeing as she hated The Boy From Oz, the odds are good she despised this miniseries as well.

Judy is definitely Kilamenjaro when it comes to accurate onscreen depictions. It’s not a bad thing, though, because when someone is that much of an icon, they don’t need much help staying in the public eye. Will Judy win her more fans? Who knows. Seeing as they focus on what was probably the hardest year of Judy’s life, it’s hard to say.

While I get the filmmakers’ approach, because  it seems manageable from a story point of view, what I think would have made for a more interesting film is if Judy could have focused on her music. Judy is reported to have said, “The history of my life is in my songs.” If only Hollywood would take her at her word.

Another post is coming on the morrow. Thanks for reading, all…

Luft, Lorna. Me and My Shadows: Living With the Legacy of Judy Garland. New York: Pocket Books, 1998.