When people think of Ed O’Neill, many of a certain age default to his iconic, crotchety Al Bundy on Married…With Children. And what did Al Bundy talk about constantly? His football days. O’Neill really was a football player, though. According to A&E Biography, O’Neill won a state championship in high school and a football scholarship to Ohio State University, then transferred to Youngstown State, where he was a defensive lineman. After graduating in 1969 with a history degree, O’Neill got a tryout with the Pittsburg Steelers, but as an undrafted free agent. He only lasted a few weeks.

After substitute teaching, O’Neill decided to try acting. Long story short, he moved to Manhattan, where a talent scout spotted him at one of his stage performances. O’Neill was then catapulted into the part of Al, and the rest is history. His athleticism is still very much a part of him, though, as O’Neill has been studying MMA, including Brazilian Jiu-Jitsu, for the past twenty-odd years. He also manages to work his athletic background into other roles besides Al Bundy. One of them was the 1997 film, Prefontaine, in which he plays Bill Dellinger, University of Oregon, Eugene track coach.

Prefontaine is structured like a docudrama, except that it’s older versions of the characters providing the interview footage. Of course, the main focus is on Steve Prefontaine (Jared Leto), the legendary American distance runner and Olympian. We’ll discuss Pre more on another day because he deserves his own space, but today is for Bill and Ed.

There’s not much ancillary info about Prefontaine, especially concerning O’Neill’s preparation for the role of Dellinger. If I were to hazard a guess, the two of them very likely spent time together so they could get to know each other, giving O’Neill a chance to observe Dellinger’s mannerisms and speech habits. If that’s what happened, it was probably a show all its own. It might have been fun to see these two athletes swapping stories and picking each other’s brains.

Bill Dellinger was born in Grant’s Pass, Oregon on March 23, 1934. He came to the University of Oregon as a novice runner, but had enough talent to catch the eye of Bill Bowerman, Eugene track coach, and was installed as a middle distance runner.

Following graduation, Dellinger competed in three consecutive Olympic Games, winning bronze and silver medals. Once he was done with competitions, Dellinger joined Bowerman at Eugene as assistant coach. He took over as head coach after Bowerman retired in 1972, holding the position for the next twenty-five years. Dellinger also helped oversee the 1972 United States track and field team at the Olympic Games in Munich.

Dellinger excelled at strengthening an athlete’s weaknesses, and this typified his relationship with Steve Prefontaine. Bowerman may have been the public face of Oregon track, and he may have been a motivator of the team, but Dellinger was the go-to guy. He was the one who spent the time developing programs for each athlete, and he trained Pre for the 1972 Olympics.

Like Pre, Dellinger’s main event was the 5000 metres, and he put his protegé through the same paces he had taken, one of which was running a mile in three minutes and fifty-nine seconds with no competition. Other tasks included running 1,320 metres with decreasing times each repetition, as well as 3 x 1-miles, which means running three miles with rest in between. The workouts were, naturally, not for the faint of heart, and they were challenges Pre relished. 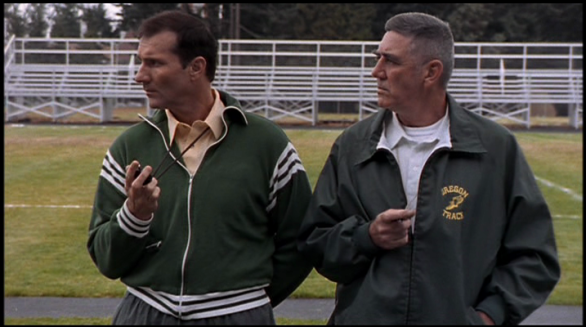 The film doesn’t show any of this, however, because again, it focuses on Prefontaine. We see very little of the training process or much of Dellinger’s relationship with Pre. Still, O’Neill’s interpretation of Dellinger was spot-on, portraying him as a practical, steady, and quiet influence.

This was best exemplified in the Munich scenes, after the Israeli men’s team was taken hostage by the Palestinian group, Black September. Dellinger plucked Pre out of the dump that was the athletes’ dorms and had him sleep on the couch in his apartment. In real life, Dellinger also took Pre on a quick trip to Austria to get his mind off things, because he could see how deeply affected Pre was by the situation.

All eleven hostages were murdered. Pre was ready to quit the Olympics because he hated the idea of competing on the bodies of dead athletes. In both the film and real life, Dellinger reminded him that while he believed Pre’s competitors were upset about the murders, they were also likely thinking that they had just gotten an extra day’s rest for the 5000 metres. “They’re afraid of you,” he said. “Don’t be afraid of them.”

This spurred Pre to compete. 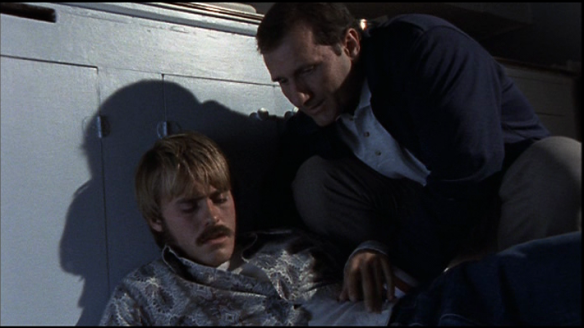 Unfortunately, Pre came in fourth place. Dellinger was all set to go after him, but Bowerman held him back. Instead, Dellinger came back to the apartment to find Pre sprawled out on the kitchen floor, surrounded by squished beer cans and having a meltdown. In between Pre’s tearful F-bombs, Dellinger tells him, “You ran your heart out. You gotta try and let it go, Pre.”

Real Dellinger and Movie Dellinger were instrumental in talking Pre off of ledges and keeping his already laser-like focus and drive rational and purposeful. Dellinger was and still is about using common sense in all parts of life. He has been contributory in shaping the careers and lives of Pre and so many other runners.

As for Dellinger’s film counterpart, the role may not have been the biggest, but O’Neill really brought it. He got to sum up the whole movie: “Well, let’s be honest, the only reason we’re sitting here talking about Pre right now is because Pre was a winner. People need winners. Pre went to Munich to win. At Montreal…he would have.”

For more of the Box Office Jocks Blogathon, please see Dubsism and Return To the 80s. Thanks for hosting, guys–this was a very cool idea! Thanks for reading, all. A new “Page To Screen” is on the way…

Prefontaine is available to own on DVD from Amazon.