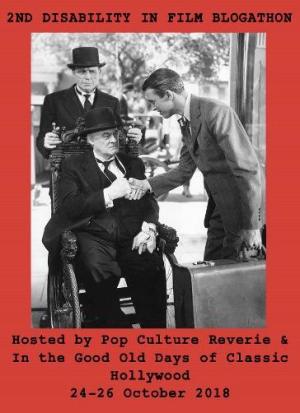 Well, here we are…

What if you discovered you or your child had a disability? How would you respond? As humans, we’re used to making plans. We like to be in control of what’s going to happen next. When those plans get derailed, it feels like the universe is coming apart. Then what? 1995’s Mr. Holland’s Opus is a story of one man’s upended goals, and the surprise blessings he finds instead.

It’s 1964, and musician Glenn Holland (Richard Dreyfuss) has had enough of playing the wedding and bar mitzvah circuit. Glenn wants to be a famous composer so badly he can taste it. He thinks if he teaches music to high school kids, he can write in his free time.

His first months as a teacher are like pulling teeth. He’s bored, the students are bored, and Glenn just doesn’t want to be there. The school principal, Mrs. Jacobs (Olympia Dukakis) takes him aside one day and gives him a bit of advice: “A teacher has two jobs. Fill young minds with knowledge, yes, but more important, give those minds a compass so that knowledge doesn’t go to waste.”

Glenn goes home to his wife, Iris (Glenne Headley), and tells her he’s going to quit. He’s frustrated, he can’t get through to these students, so there’s no point in him being there. Then Iris tells him she’s pregnant.

Glenn’s overjoyed, but he’s also not quitting. He walks into his class the next day and asks them if they know the difference between an Ionian and a Dorian scale (They’re types of major and minor scales, respectively, by the way.). As usual, there are lots of blank faces, until Glenn tells the students they probably already know what an Ionian scale is. He sits down at the piano and plays what the class thinks is “A Lover’s Concerto,” and asks who wrote it. As one, the class answers “The Toys,” but Glenn tells them it was actually Johann Sebastian Bach, and plays the piece the song was based on, “Minuet in G.”

That’s the movie’s Helen-Keller-at-the-water-pump moment. Suddenly, everyone including Glenn is enthusiastic about teaching and learning, and after that he’s on a roll. He buys a house and doesn’t mind at all that it means he’ll be teaching drivers’ ed in the summertime. He also helps a senior band student, Gertrude (Alicia Witt) relax and enjoy the clarinet. In between times, Glenn puts headphones on Iris’s belly and cranks up the classical music.

Iris and Glenn have a little boy, Coltrane Gershwin Holland, who seems to be thriving. That is, until he’s a toddler.

At Portland’s spring parade, Glenn leads Kennedy High School’s new marching band in a spirited rendion of “Louie, Louie.” Everyone is grooving to it until the fire truck blares its siren for some reason, and Iris is horrified to see that Cole isn’t wincing and crying like all the other kids.

The Hollands find out that Cole has ninety percent hearing loss. The doctor cautions them not to imitate any of the gestures that he makes because it would make it harder for him to acquire language. Understandably, Glenn and Iris are devastated. Glenn was hoping his son would be the musician he never was, that Cole would do what he was never able to do, but that’s all been put aside. His lesson to his music appreciation class later on about Beethoven going deaf has a whole new resonance, because he can’t think about anything but Cole.

Equally frustrated is Iris, but for a different reason: She just wants to talk to her son. Period. The Hollands put Cole a school for children with hearing difficulties, and Iris throws herself into learning sign language. Glenn learns enough to get by, but he becomes more and more isolated in academia.

He does briefly consider chucking it all and running away. One of Glenn’s students, Rowena (Jean Louisa Kelly) is the star of the Gershwin revue the school is putting on, and she’s a very talented singer. Glenn finds her attractive enough to name his new composition after her. Then he passes it off to Iris as a reference to the Greek goddess of spring when she asks who Rowena is. His better judgement wins out, though. Rowena decides to run away to New York right after the show closes, and she wants Glenn to come with her, but he sees her off with the address of an old band buddy of his and a chaste kiss on the cheek.

Soon after that, Glenn hears about John Lennon’s murder. He goes home, feeling very sad, and finds Cole (played as a teenager by Joseph Anderson) working on the car. Cole wants to know what’s going on, and Glenn tells him about Lennon’s death, but thinks that because Cole can’t hear, he can’t understand who John Lennon was or about music. Cole gets in his face, and with Iris translating, stormily signs that Glenn could teach him about music, but he cares more about his students than about his own son.

Glenn realizes that he has to find a way to bridge the gap between he and Cole, so he and the principal at Cole’s school put together a concert featuring the Kennedy High School orchestra, complete with sign language interpretation and flashing lights synced up with the notes and movements. In a truly heartwarming moment, Glenn sings and signs John Lennon’s “Beautiful Boy,” dedicating it to Cole.

Later that night, Glenn and Iris find Cole sitting on a speaker, records all around him. Ray Charles is blaring, and Cole is smiling dreamily. That’s all Glenn and Cole need. From then on, they’re best buds.

Throughout the film, the passage of time is punctuated by news footage of various events and other markers. The next thing Glenn knows, it’s the mid-nineties, and Kennedy High’s music department is getting cut. He didn’t want to be a teacher, and now he doesn’t want to leave. What was the point of it all? Put it this way: He’s not leaving that school before he finds out.

Mr. Holland’s Opus has been called sappy, schmaltzy, and clichéd by certain critics, and I disagree. It’s fairly realistic in its depiction of what teachers go through on a day-to-day basis. A lot of people have no idea what it’s like to stand up in front of a group of glaze-eyed teenagers, or kids of any age, for that matter. It might be a thankless job in some ways, but from what teachers have told me, it’s also rewarding, and Opus does very well at portraying this aspect of teaching. It also shows the way schools deteriorated over the years in terms of expectations and discipline. Between the sixties and the nineties, kids went from being sent home for donning miniskirts to wearing flannel with impunity.

I only wish there was more about the relationship between Glenn and Cole. It seems like they reconcile, and then wham, it’s the nineties, and Cole is twenty-eight. The deaf actors in the film were excellent, particularly Joseph Anderson and Anthony Natale, who plays Cole as an adult. It would have been nice to see them utilized more fully. I know it’s Richard Dreyfuss’s show, and it’s mainly focused on Glenn Holland’s life as a teacher, but the interplay between he and these actors is very interesting.

The film has been criticized because of various historical inaccuracies, such as a teacher wearing a hearing aid that wasn’t around in the seventies when Cole enters the school. However, the deaf children and teachers shown in the movie really did have hearing difficulties, and were therefore used to these devices. It would have been silly to deprive them of something they needed for the sake of historical accuracy, and anyway, it’s Just A Movie.

Mr. Holland’s Opus is a fun and memorable film that shouldn’t waste anyone’s time. Having Kleenex close by wouldn’t be a waste, either.

For more of Crystal and Robin’s Disability in Film Blogathon, please see In the Good Old Days of Classic Hollywood and Pop Culture Reverie. Thanks for hosting, ladies–it was a pleasure! Thanks for reading, everyone. Another review is on the way…

4 thoughts on “Getting Through”