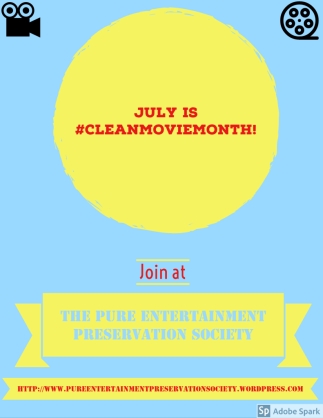 So it’s come to this…

As promised, I’m recapping all the Breen-friendly films I reviewed in July for Tiffany and Rebekah’s #CleanMovieMonth blogathon. How did they meet the Breen Code standards? Let’s find out:

This film played it dangerously. Basil and Joyce were so passionate I thought they were a married couple at first, but no, they were just cohabitating, albeit with separate bedrooms. Their kisses crept close to the five-second cutoff mark, too, implying possible sneaking around when the butler’s back is turned. Naughty, naughty! Speaking of bedrooms, Basil twice climbed in windows of boudoirs. He can be forgiven, though, because his motive was generally revenge.

More on this film here. 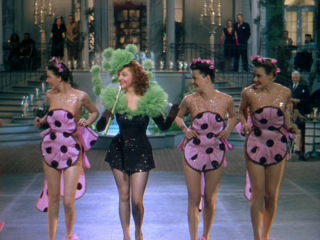 Yeahhhh…Boys minded its p’s and q’s for the most part, although some details from the play were changed. The Hart cousins get accused of running a gambling ring instead of a bordello, for one thing. For another, the tenants are rightfully affronted when any unauthorized men try to go upstairs. Wives staying at the house had to be legally married to their husbands, too, just to keep everything above the board. Actually, one of this film’s biggest flubs lies in the costuming. See Exhibit A above. 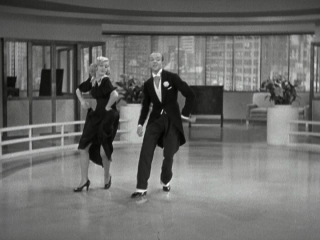 Swing Time is about as threatening as a cocker spaniel. Heck, Lucky and Penny don’t even kiss. The most risqué scene was when Penny came out of the bathroom in a robe with a headful of shampoo. How could she help it? Lucky was singing “The Way You Look Tonight” on the piano. So yeah, it’s all good. Moving on…

You can find my review here.

While The Barkleys of Broadway is still harmless, it does push the envelope ever so slightly. Dinah and Josh argue in the bathroom while Dinah changes. For some very odd reason, the room is divided in half by a low wall. We can only presume that there are cabinets and fresh clothes on Dinah’s side, but since we don’t get to find out, it’s just a wall. Seems a bit random. The Production Code declared that people changing was a big no-no, so the reason for the wall is understandable, but wouldn’t a folding screen be a little more natural?

More thoughts on this film can be found here.

No veiled meanings in this film, either. Its only transgressions were wooden acting by some and lack of chemistry by the same. It scored major points when Fred danced on the ceiling and with a hat rack, though. The delightful “How Could You Believe Me When I Said I Love You When You Know I’ve Been A Liar All My Life” didn’t do it any harm, either. 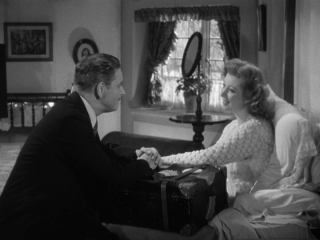 This movie is squeaky clean. Even before Smithy and Paula were married, they kept everything decent by staying in separate hotel rooms. The childbirth scene was also discreetly handled, as the first time we see Paula after giving birth is when she’s sitting up prettily in bed with a nicely tied bedjacket. Overall, it’s a classy and beautiful two hours.

It’s only been about a week since it posted, but you can find my review here.

So there we have it. Pure Entertainment Preservation Society has further Breen posts for anyone who’s interested. Thanks for hosting #CleanMovieMonth, Tiffany and Rebekah! Hope you can bring it back next year. Thanks for reading, all, and see you on Thursday with a new Origins post!

7 thoughts on “Clean With Breen”