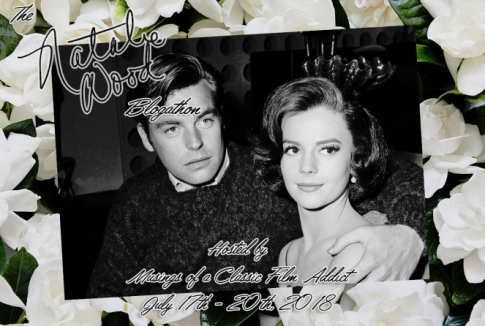 The end of the nineteenth century and the dawn of the twentieth were busy times as far as inventions and innovations went. Air, land, sea or sky–nothing was too big to be conquered, and naturally there were daredevils impatient to push the envelope. In 1908, after cars had caught the public’s fancy, an auto race from New York To Paris was held. 1965’s The Great Race is a tribute to this momentous occasion, with all the requisite thrills, chills and spills. Only there’s a twist. Actually, make that several twists.

The film opens like a turn-of-the-century magic lantern show, with all its possible foibles, including half-there slides and the shadow of someone’s thumb in the picture. In a neat bit of foreshadowing, we also see the villain, who gets the usual boos and hisses, the hero, who gets cheered, and the damsel, who gets wolf-whistles.

Then we see the Great Leslie (Tony Curtis) standing next to a hot-air balloon getting ready for his latest stunt of being suspended in mid-air while wearing a straitjacket. To say the guy is magnetic and charming is an understatement. Women rush up and lay kisses on him even while he’s taking off, and Leslie’s teeth sparkle like a dentist’s dream when he grins. He’s always dressed in white, and never has a bad hair day.

Meanwhile, a mysterious bush moves across the hill overlooking the Great Leslie, and it’s the two villains of our piece, Professor Fate (Jack Lemmon) and his sidekick, Max (Peter Falk). They’re both in black, natch, and Fate has a top hat and a waxed mustache with pointy ends. They make every effort to shoot Leslie’s balloon out of the sky while he wriggles his straitjacket off, only to see him parachute to the ground as casually as if he planned the whole thing. The crowd cheers uproariously and Leslie smiles dazzingly.

Professor Fate has plenty of tricks up his sleeve. His own stunt involves Max flying a Wright biplane with him sitting in a swing under it wearing a Batman cape. It doesn’t come off well, naturally, and they crash into a nearby farm, sending Max into a mud puddle and giving Fate a mouthful of chicken feathers.

These guys are unfailingly tenacious, and when Leslie and his assistant Hezekiah (Keenan Wynn) zoom off to plan the next adventure, Fate and Max do their best to take them out with a torpedo appropriately painted to look like a shark. Failing that, they attempt to zoom down the railroad tracks in a special car with rocket thrusters. Fate brags they’ll go a mile in twelve seconds, which they probably could have…if they stayed on the track and not taken off like a rocket. Tenacious and accident prone are a crazy combination.

Fate manages to sneak into a meeting where Leslie is putting over a sell-job to his backers about doing an automobile race from New York to Paris. Of course he’s found out, and of course he jumps out a window into a waiting truck that just happens to have a trampoline with a giant target on it. Since he just can’t help himself, Professor Fate enters he and Max in the race, so it’s initially them against Leslie and Hezekiah, plus four other cars.

Meanwhile, an enterprising young journalist, Maggie DuBois (Natalie Wood), handcuffs herself to the mens’ room on the editorial floor of the New York Sentinel. She wants to cover the race mile by mile. Mr. Goodbody (Arthur O’Connell), the editor, is not too keen on the idea, but he finally relents. Maggie showing him her silk-stockinged leg and shoving a contract under his nose persuades him. His wife is also a suffragette, so he’s thinking of keeping the peace.

The day of the big race arrives. Leslie and Hezekiah are at the helm of a gorgeous roadster, painted white, of course. Professor Fate and Max are behind the wheel of a complicated black monstrosity with three headlights, an onboard cannon, a fire extinguisher, and various other accoutrements. Maggie is driving her own modest and charming vehicle, which isn’t souped up with gadgets, but loaded with carrier pigeons and a state-of-the-art box camera so she can send back periodic updates to the Sentinel.

The starting pistol sounds, and everyone is off. What’s ahead of them will test their skills to the utmost. Maggie may find reporting a little harder than she was anticipating. Professor Fate may find someone more dastardly than he is. He may also meet someone who looks remarkably like him (Spoiler alert: Lemmon has a dual role in the film). And Leslie is always charming and magnetic. I could say more about the plot, but it’s so full of surprises that it’s best to let it unfold. To say the least, it gets nutty. Fun, but very, very nutty.

The Great Race was made right smack-dab in the middle of the nineteen-sixties, when Annette and Frankie played Beach Blanket Bingo and the Beatles called for help. Blake Edwards of Pink Panther fame directed it. Warner Bros., home to Termite Terrace, ponied up the money to make it. What I’m trying to say is, The Great Race is a camp tsunami. Boy. Howdy.

The actors play their parts as if they’re in a melodrama, with big gestures and sweeping delivery. There are gags every three seconds, or at least it seems like it. If there’s a cake, it will get smashed. If there’s a pie, it will be thrown. If there’s mud, someone will get covered in it. If there’s a banana peel…well, you get the idea. And since it’s the sixties, all the gadgets are gaudily and lavishly painted, with giant block letters identifying certain objects. I don’t know what it was with camp from that decade that they loved labeling things.

While this is Jack Lemmon’s movie (how could it not be since he’s playing two parts?) Natalie Wood is really a standout. Her Maggie DuBois is winning and fun, and she plays the part with obvious relish. Really, I love her character. She’s very resourceful and doesn’t let much rattle her. Not even being stuck in a blizzard with a polar bear, a blanket and champagne crushes her spirits. She can speak and write in three languages besides English. She’s proficient at fencing, too.

Natalie’s Maggie is also incredibly funny. In one scene when Professor Fate and Max’s fire extinguisher has malfunctioned, Maggie sets up her camera, yells, “Still!” Fate and Max smile even though Fate is covered in goo, and Maggie gets her shot. She then drives off prettily after dispatching a pigeon to the paper with her new photo.

Natalie had to be ready for anything when she made The Great Race, and she put in an amazing performance, considering that she was very unhappy at that time in her life. As soon as the film wrapped, she swallowed a bottle of pills, but then thought better of it and called for help.

Natalie’s anguish was never apparent to audiences or to her costars, though, all of whom played the melodrama to the hilt. Like I said, it’s best to let this one unfold. Whistles, cheers, boos or hisses are optional.

For more of the lovely Natalie, please see Samantha at Musings of a Classic Film Addict. Thanks for hosting, Samantha! Thanks for reading, and see you tomorrow for Crystal and Michaela’s Fred and Ginger Blogathon.

This film is available on DVD and Blu-ray from Amazon.

5 thoughts on “Paris, Here We Come”