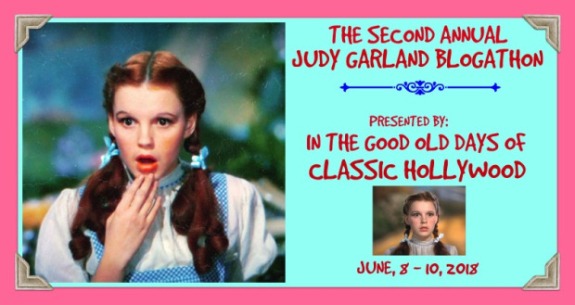 Miss Showbiz has made yet another comeback, people.

We in the twenty-first century have no firsthand knowledge of vaudeville in its heyday. The family show of a century ago, vaudeville featured song-and-dance people, skits, comedy, magic acts, animal acts, and basically anything respectable that could be done before an audience. Perfomers would travel circuits according to their prestige, and as they got more known, their theaters got fancier. Or they would travel as part of a troupe, which might open or headline a show.  The 1942 film, For Me And My Gal, is the story of two such vaudeville performers, who are trying to make it in the midst of the looming shadow of the First World War.

The movie opens in Clifton Junction, Iowa, during the winter, and the vaudevillians are just getting off the train. The stationmaster wants to impress them so badly that he hauls out a few jokes of town hall vintage, which the vaudevillians good-naturedly but half-heartedly chuckle at. They all feel a little worldly and important because they think these small town folks are starved for entertainment. 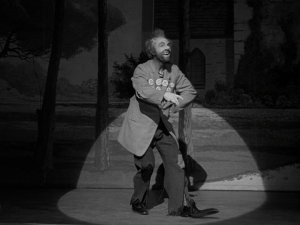 One performer, Harry Palmer (Gene Kelly) breezily says, “Hello, Springtime!” to Jo Hayden (Judy Garland), one of the women in Jimmy Metcalfe’s (George Murphy) troupe. She glances at her fur hat and turns up her nose slightly. “Aren’t you a little out of season?”

Harry is ambitious to a fault, and he’s got a star complex. It doesn’t matter if the ladies in Jimmy Metcalfe’s group have a lot of changes; Harry needs their dressing room because he’s the headliner, and the room has the star on the door. Everything about this guy rubs Jo the wrong way. Harry gets up and does a baggy-pants number with a lit-up nose and brings the house down. “Wonder if he takes a bow every time he hears a clap of thunder?” muses Jo. 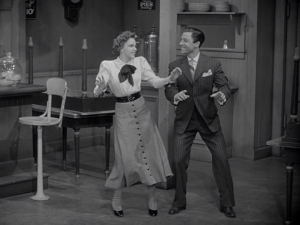 Jo’s a vaudevillian because she’s an excellent singer and dancer, but she’s also doing it to put her brother, Danny (Richard Quine) through medical school. Danny comes to see her in Clifton Junction because he’s losing his nerve about being a doctor, and Jo has to talk fast. She puts him on the train back to school, and as she’s leaving the station, Harry catches up with her. Jo’s not happy, but Harry eats enough dirt that she agrees to have coffee with him.

Harry shows Jo an arrangement he bought from the Clifton Junction orchestra leader, that was supposed to go to Jimmy, except that Harry paid more. The number is “For Me And My Gal,” and when Jo and Harry try it out, they’re a wonderful match. They make plans to team up, only Jo’s face falls when she remembers that she already has a job. 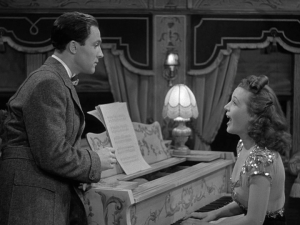 At least, that’s what she thinks. Jimmy decides to break up the troupe and go solo. He pretends it’s because he likes it better that way, but he’s really doing it because he knows how much Jo wants to work with Harry.

Harry and Jo take vaudeville by storm, and they’re not doing too badly. Even so, Harry’s opportunism is his constant companion, especially when he hears that Jimmy is working the swankier Majestic circuit. On the train to Chicago, Harry goes into what he thinks is the club car for a smoke, and ends up in a private car occupied by classical singer Eve Minard (Martha Eggerth). It’s a toss-up as to whether he’s more dazzled by her or her prestige. 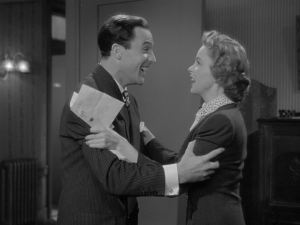 Once in Chicago, Harry starts hanging out with Eve. Meanwhile, Jo is eating her heart out because she’s in love with Harry. She finally goes to see Eve and tells her about it, and Eve cooks up a test to see where Harry’s real allegiance lies. When Harry comes to dinner that night, Eve will offer Harry a spot in her act.

At dinner, Harry is all ready to jump at the opportunity to join Eve, but when Eve says to tell Jo she’s sorry, he suddenly sobers. He goes back to their boardinghouse to find Jo packing, and long story short, they come to an understanding. When Harry gets a telegram telling him they’re booked at the Palace Theatre in New York, life suddenly seems wonderful. By way of a cherry on top, Harry and Jo plan on getting married after their first matinee. 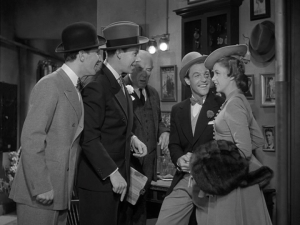 Their hopes are quickly dashed when they get to New York and find out they’re supposed to open at the Palace in New Jersey, but there’s nothing to do but press on. Jo and Harry work on improving their act. It doesn’t take long for New York to come calling, and this time it’s for real.

Also for real is the First World War, which suddenly hits home for Jo and Harry. Everything is up to a fever pitch: Danny and Jerry both join up, and cornball routines at shows go over big as long as the performer is wearing a uniform. 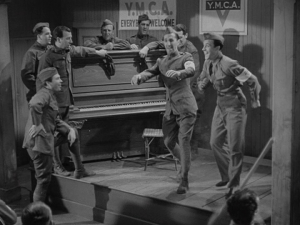 Harry himself gets drafted just as he and Jo are about to make it to the Palace in New York. He can’t defer his physical, so he does something pretty darned stupid: He injures his hand by slamming his trunk lid down on it. Harry bursts in on Jo with the news that they can make their opening, only to learn that Danny has been killed in action. When Jo finds out that Harry injured his hand on purpose so they could perform at the Palace, she turns icy cold and tells him to get out.

Now Harry is scrambling. He tries to win Jo back by enlisting, but no branch will take him with his injured hand. A fellow performer, Sid (Ben Blue) convinces him to join the YMCA and entertain the troops. Harry gamely goes overseas with Sid, and while he begins to see the importance of what they’re doing, he wants more than anything to redeem himself both in Jo’s eyes and his own. 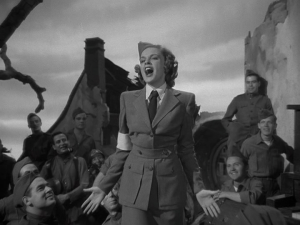 For Me And My Gal was Gene Kelly’s first movie. He was fresh from Broadway, where he had made a big success in Pal Joey, but film was a whole different ball of wax. For one thing, he was used to dancing all over the stage. In film, particularly musicals, being in certain places at certain times is key. In some scenes of For Me And My Gal, Kelly doesn’t move at all during the dance sequences, and just does the choreography on a small stage or otherwise confined space.

Judy was, of course, an old hand at hitting marks, and it’s easy to tell which of her dances with Kelly were filmed first. In the title song, especially, she appears to be leading him around the set at several points. She’s also making faces at him and having a grand time, which is adorable. So, in essence, Judy Garland taught Gene Kelly how to make a movie. She was twenty when the film came out, and at the top of her game. 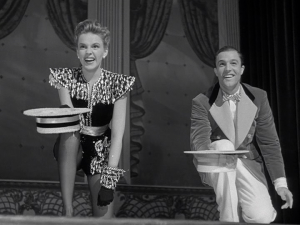 The film was directed by Busby Berkeley and is unusual on a lot of levels, not the least of which is that it’s probably the smallest film he made in terms of intimacy. There are no large groups dancing with military-like precision. There are no kaleidescope shots or avant-garde routines. It was just Judy, Gene, and the place known as vaudeville. To a public newly embroiled in World War Two, For Me And My Gal hit all the right spots.

That’ll do it for my first Judy post. Crystal has more for you at In the Good Old Days of Classic Hollywood. Thanks for reading, and see you tomorrow!