Jules Verne’s Around the World In Eighty Days has captured the public’s imagination ever since its publication in 1873. It follows Englishman Phileas Fogg and his valet, Frenchman Jean Passepartout, as they go around the world in (surprise, surprise!) eighty days or less.

To say Phileas Fogg is precise and punctual is an understatement. We’re talking about someone who knows how many steps each of his feet will take to get from his front door to the Reform Club. And who meets his whist buddies right on the first stroke of six o’clock. Every time. He’s famous for it. Over their usual game, the four of them are chatting idly about the great leaps forward transportation has made, and Fogg mentions that it’s possible to go around the world in eighty days. He’s so sure of it that he and his friends make a wager of £20,000–if he makes the trip in eighty days, they pay. If he doesn’t, he pays. Simple. After that, there’s nothing for Fogg and Passepartout to do but grab a carpetbag and fistfuls of English banknotes and go.  On the way, they meet dozens of colorful characters, and are pursued by Detective Fix, a wiry fellow who thinks Fogg is a bank robber. Princess Aouda, an Indian widow, also joins the party, and she becomes a gracious friend, foil, and later more for Fogg.

The novel is a departure for Verne in that it’s a travelogue as opposed to being sci-fi-oriented like most of his other works. Vern also shows readers a wide swath of Victorian tech and culture. Being an American, I was most interested in Fogg’s train ride across the United States, and I always get a kick out of reading about the characters passing through Placer County, including Auburn and Rocklin. Another fun chapter involves Passepartout listening to a lecture given by a Mormon who has boarded the train on its Salt Lake City leg. Passepartout is fascinated by what the gentleman has to say, and when it’s over asks him how many wives he has. “One,” the Mormon replies. “One, and that is enough.”

The novel hasn’t been adapted as much as, say, Anne of Green Gables or Treasure Island, but it’s got its share, with a healthy twenty-six adaptations in different mediums from various countries, and each culture seems to put its own spin on the story. The only Eighty adaptation I absolutely refuse to see is the 2004 feature film. I mean, I get the whole steampunk thing, but come on–Jackie Chan as Passepartout?! Really? Really? I can’t even.

By far, my favorite version of Eighty is the 1989 mini-series with Pierce Brosnan. Anyone who hasn’t seen this may want to. In my opinion. Brosnan is a sublime Fogg, straight out of the book, except for his being clean-shaven (Fogg had a mustache and whiskers in the novel, as was the style at the time), and he really captured the character to the letter. He doesn’t keep track of the number of steps to the Reform Club, but, as in the novel, he does fire his valet before Passepartout because the bathwater is a couple of degrees too cold. Ouch.

In sails Passepartout (Eric Idle), who, as he says, adores “the tranquil life.” Little does he know. He’s barely Mr. Fogg’s employee for a day before he’s whisked off on the trip around the world. Just as in the novel, he and Mr. Fogg employ every form of transportation they can. Unlike the novel, though, one of the forms is an airship, which Fogg and Passepartout pilot from France to Italy (For some reason, it’s popular to have an airship or a hot air balloon in Eighty adaptations, but who knows why.). Anyway, Fogg is so meticulous about the whole thing that as they’re crashing (temporarily) on an Alp he whips out his journal to record the precise time they went down.

This version of Eighty is a bit more rip-roaring than the book. The journey was excitement enough for Verne, and it’s basically intact in this miniseries, but Fogg and Company also contend with Burmese thugs, shipwrecks, and an almost-shootout with Jesse James on a train, which is thankfully broken up by the arrival of irate Native Americans. The last part is present in the book, but the train plows through them, with rather gross results.

The acting in the series is spot-on. Princess Aouda is played by Julia Nickson, and Detective Fix is brought to life by Peter Ustinov. The series is jammed with other familiar stars as well, such as Roddy McDowall, Robert Morley, Lee Remick, Robert Wagner, Henry Gibson and Jill St. John. Some of them are only onscreen for a few minutes, and they still get billing.

The thing about Around the World In Eighty Days is that people don’t want so much to adapt it as to attempt it, and there have been plenty of those. One of the most famous was accomplished in 1889 by Elizabeth Jane Cochran, better known as Nellie Bly, a journalist who only took a valise, money, and the clothes on her back. Every day she would cable her whereabouts to her newspaper, the New York World, and the public hung on her every word. As it happened, Bly made the trip in 72 days, later writing a book about the journey, which was released with a companion board game.

More recently, Michael Palin undertook the journey for the BBC in 1988, with the proviso that he could use any form of transportation but airplanes. Being Michael Palin, he didn’t do anything in an ordinary way. Most people see the Venice canals via gondola; Palin hitched a ride on a sanitation boat, making friends with the workers. He also rode on the Orient Express, on cargo barges, and on dhows. Trains, of course, were a big part of the proceedings, and it’s interesting to see how travel changes between countries. In China, for instance, what we would call “first” or “business” class is called “soft” class. Yeah. No veiled meanings there.

The catch of traveling by more primitive means is that there’s a lot of time to be put in. Palin’s gonna Palin, though, and in the off-time, his schtick comes out to play. On the freighter from Tokyo to Long Beach, for example, he gets a little crazy over ironing (“There’s nothing wrong with a man ironing his own shirt!”) and likens the trip to a seaside holiday. Read all the books you’ve been meaning to, take in the local cuisine, write wish-you-were-here letters home. The entire time he’s pondering this comparison, he’s wandering the empty corridors looking for signs of life. All the crew members are busy at their various jobs, of course.

But Palin doesn’t have to do everything–the people he meets bring plenty of their own schtick. On the same freighter, he takes part in an initiation ceremony for those who have crossed the International Date Line for the first time, which includes, among other things, getting painted with tomato sauce. In Tokyo, karaoke bars are huge, of course, and Palin gets his groove on with one of the locals, singing “You Are My Sunshine.” I also enjoyed watching Palin on the Amtrak train heading to Chicago, where, among other things, he’s entertained by a passenger who tells him about dressing up as a clown and performing at parties. It’s fun to hear Palin’s commentary on each culture, and he always finds something good to say, even when people are inhospitable. When he and his crew aren’t allowed to film in Saudi Arabia, Palin doesn’t criticize, but piles into a car to drive across the nation with a smile and a matter-of-fact “Off we go,” attitude. This stoic but cheerful diplomacy is one of the many things that not only makes this series so enjoyable, but has also helped cement Palin as a respected public figure.

Human beings have a need to beat the odds. I don’t think it’s going to matter how transportation changes or improves; if there’s a challenge to be met, someone is going to be itching to do it. Chances are, Jules Verne’s Around the World In Eighty Days will continue to inspire and entertain both those who push boundaries, and those who enjoy watching the spectacle.

All right, on Friday we will look at ballet in the movies with the… 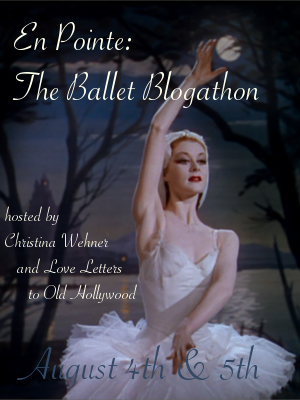 Thanks for reading, and hope to see you then!

Jules Verne’s novel, the Pierce Brosnan miniseries and the Michael Palin travelogue are available on Amazon.

One thought on “Page To Screen: Around the World In Eighty Days”